Prevalence of pedophilia and way forward 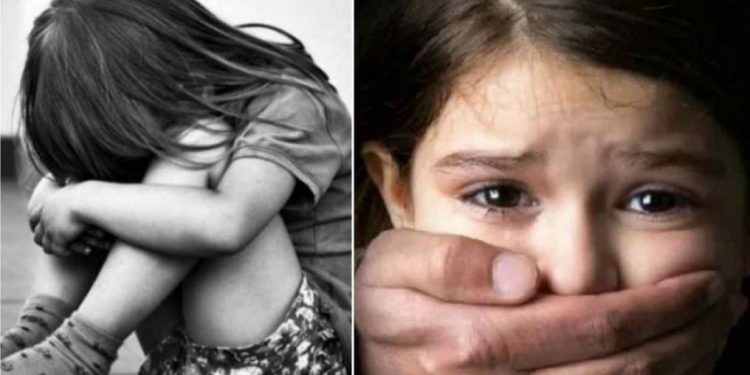 On the 24th September, 2020 Police operatives attached to 3-3 Division arrested one Ifeanyi Atogu ‘m’ aged 46years of Ofenta Nsugbe in Oyi LGA of Anambra State for allegedly luring his friend’s daughter who is deaf and dumb aged 7years old and had unlawful carnal knowledge with her.

Another arrest on a 40-year-old school proprietor Okwubunka Nwaoseke, sometime in the month of May 2020, at Umumba Nsirimo Ubakala in the Umuahia South Magisterial District, did have unlawful carnal knowledge of his 13-year-old niece.

Despite the gravity of the above offences, necessary punishment is yet to be meted out to the offenders. The unlawful acts had reportedly inflicted a lot of pains and psychological trauma on the victims and sympathizers yet nothing serious has been done to bring the perpetrators to book.

According to a 2015 UNICEF report, one in four girls and one in 10 boys in Nigeria had experienced sexual violence before the age of 18, while six out of 10 Nigerian children experience some form of physical, emotional and sexual violence before they reach the age of 18. Although child sexual abuse is an offence under several sections of chapter 21 of the country’s criminal code, child sexual molestation continues to suffer a considerable neglect.

In Lagos State, for example, the Child Protection Hub (CPHub) shows that only 27 per cent of all respondents who admitted to have witnessed child abuse confirmed to have reported the case to the authorities, mostly the police. Sadly, there seems to be no reprieve in sight for the victims as children’s right advocates complain of weak child protection structures in Nigeria.

In Edo State, disturbed by the increasing incidents of child molestation in the state, the Governor Godwin Obaseki-led administration has put in place the child rights law. In addition to the child rights law, the Edo State Government has set up a ministerial committee to address the issue of pedophiles.

The committee is made up of representatives of the Ministry of Women Affairs and Social Development, Edo SUBEB, the media, Civil Society Organisations (CSOs), among others. It is charged with the task of coordinating efforts to arrest and prosecute those caught in the act of molesting primary school pupils.

In a country like Nigeria where only a few victims and their family members would damn the stigma associated with being a rape victim and speak out about it, perhaps only one in 10 cases become public knowledge. But it is pertinent that we try to understand the word ‘pedophilia’ and its ugly concepts. A pedophile is a person who has a sustained sexual orientation toward children, generally aged 13 or younger. Not all pedophiles are child molesters (or vice versa). Child molesters are defined by their acts; pedophiles are defined by their desires.

The vast majority of pedophiles are male, but the number of female pedophiles is still much harder to evaluate given that their deviancy can find outlets that are far more discrete. Paedophiles can be found in all social classes and strata. Some are only attracted to boys (boy-lovers), others only to girls, others to both with or without some degree of preference for one. Some pedophiles have specific preferences for children of a certain age span, or possessing particular physical traits (hair, face, constitution, voice, etc), while others are less specific if at all.

Nigeria is among the 194 countries of the United Nations (UN) that signed the UN Convention to the Rights and Welfare of the Child, but not much has been done by parents and guardians, school authorities and the government to protect children from sexual abuse. Yet, on and on go the gory stories of rape and trauma.

In the report produced by the centre in March 2017 to mark its four years of existence, it revealed that a total of 2,342 survivors of sexual assault were helped by the centre in the four-year period between its opening in April 2013 and 31 March 2017, adding that the number of clients had increased significantly each year.

A renowned social worker based in Awka, Mr Okoye Francis blamed the increasing cases of pedophilia in our society on the false belief that raping a child will yield money and spiritual powers, increased low self esteem on the part of the rapist (pedophile), and on the inability or delay of judiciary to prosecute cases of pedophile and insatiable thirst for sex.

Commenting, the Director of Paediatrician unit, Chukwuemeka Odumegwu Ojukwu Teaching Hospital, Awka, Dr Emechebe George noted that some of the root causes of this anti-social behaviour in Nigeria could be linked to quest for spiritual and mental power and in some cases inability of the male to have a partner.

“It can affect the relationships that victims and survivors have at the time of the sexual abuse and for the rest of their lives. They may find it difficult to talk to partners, family and friends about the sexual abuse, thereby preventing others from being able to help and offer support. About 42% of victims and survivors who participated in the Truth Project said that child sexual abuse has adversely affected the relationships they have with others.”

The most common issues reported were depression (33%), lack of trust in authority (32%), thoughts of suicide (28%), anxiety (28%), self-harming (22%) and attempted suicide (22%). Participants in the online consultation said that they were most likely to experience anxiety and fear, depression, self-harm and thoughts of suicide. Panic attacks, low self-confidence, obsessions, eating disorders, and alcohol and drug use were also reported by members

The immoral indulgences of pedophiles, who prey on children for their primal urges, pose serious threat to society, as they alter the psychology of children and predispose them to be troubled adults in future who may in turn become suspects of such adulterous actions.

The role of the CSOs would include sponsoring relevant bills at the national assembly that would toughen current legislature on sexual violence. This may include making rape, a capital offence with protracted prison terms as advocated by the African Civil Society against Rape in Nigeria. The whole idea is to make the prospect of sexual assault to a would-be perpetrator, as unattractive as possible.

The myriads of physical and psycho-social impediments on the victims/survivors of sexual assault in particular and the society in general, would justify any tough legislative measures to curb this monstrous abuse on the integrity of individuals and by extension the entire society.

Mrs Onwuli Tina, Head teacher of Ezechima Primary School, Onitsha reiterated that some possible measures can avert a child falling a victim of molestation or abuse. According to her, having a code word your children can use when they feel unsafe or want to be picked up. As children get a little bit older, you can give them a code word that they can use when they are feeling unsafe. This can be used at home, when there are guests in the house or when they are on a play date or a sleepover.

Teach your child how to get out of scary or uncomfortable situations. Some children are uncomfortable with telling people “no” especially older peers or adults. Teach them that some body parts are private. Tell your child that their private parts are called private because they are not for everyone to see. Explain that mommy and daddy can see them naked, but people outside of the home should only see them with their clothes on.

In addition, Dr Emechebe succinctly stated that any of these offenders of child molestation should face the law as a warning to others who may want to engage in such ills. Currently, the European Union Rule of Law and Anti-Corruption (RoLAC) programme has inaugurated a Sexual Assault Referral Centre for Robust Outcome (SARC) in Enugwu-Ukwu, Njikoka Local Government Area of Anambra State. All are enjoined to report to appropriate authorities for prosecution anyone caught perpetrating the unholy act of pedophilia!