Nigerian gender bills and lessons from other African countries 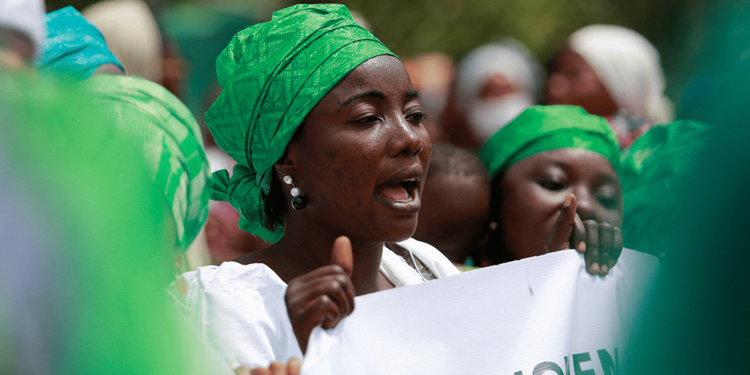 International Women’s Day is celebrated on March 8th in many countries across the world. It represents a time to rally support for women’s rights and participation in the political and economic arena and as well celebrate women’s achievements. This year’s theme, Gender equality today for a sustainable tomorrow, creates the impetus to examine the opportunities and constraints to empower women/girls to have a voice, be equal players in decision-making on climate change for a sustainable future.

This year’s celebration is quite remarkable in Nigeria. Apparently, the country’s Constitution was going through an amendment before the National Assembly. Significantly, several Civil Society Organisations have been lobbying for the amendment to include five gender-related issues dubbed “gender bills.” These are the granting of citizenship to foreign-born husbands of Nigerian women; women can take up the indigeneship of their husband’s state after five years of marriage; reservation of 35 per cent seats in both National Assembly and state Houses of Assembly for women; reservation of 35 per cent of appointive political positions to women; and through affirmative action, ensure that women occupy 35 per cent of political party positions.

Despite intense lobbying of the National Assembly by the CSOs, including the appearance of the First and Second ladies of the country, the gender bills were rejected. The CSOs protested across the country. Eventually, the House of Representatives promised to reconsider the first three bills as stated above. Whilst we are awaiting further actions by the National Assembly, this write-up seeks to analyse the ‘gender bills’ in the context of similar provisions in our sister African countries Constitution and the impact on progressive development.

Many African constitutions included gender-specific provisions.
In East Africa, the Kenyan Constitution 2010 provides, not more than two-thirds of the members of an elective or appointive body shall be of the same gender ( Article 27 (8). 47 seats are reserved for women in the National Assembly, each from one county (Article 97 (1) (b). In the Rwandan Constitution (2003 amended in 2015), women are to occupy at least 30 per cent of positions in decision making organs (Article 10 (4); 24 seats are reserved for women at the Chamber of Deputies (Article 75 (2); at least 30 per cent of elected and appointed Senators must be women (Article 80).

Five of the countries in North Africa have constitutions guaranteeing women’s representation. For instance in Tunisia, the 2014 Constitution “guarantees women’s representation in all elected bodies (Article 34); “work to attain parity between women and men in elected Assemblies” and grantees equality of opportunities between men and women to have access to all levels of responsibility in all domains (Article 46).

There is either a legislative or voluntary party quota in the South African region. The South African dominant party African National Congress adopted a voluntary quota for women’s representation which is as high as 50 per cent. According to the Local Government Act, in elections to local councils, parties must ensure that 50 per cent of the candidates are women (African Women’s Decade 2010-2020).

In the Central African Region, Burundi, the Central African Republic and Congo have introduced gender quotas. In Burundi, a gender quota of 30 per cent applies to National Assembly, Senate, ministerial positions and government institutions. Also, a gender quota of 35 per cent applies to both public and private spheres in Congo (African Women’s Decade 2010-2020). For West Africa, the electoral laws of both Liberia and Mali stipulate that parties shall submit a list of candidates with at least 30 per cent women representation. Similarly, the Senegal Electoral Law mandates a gender quota for legislative, regional, municipal and rural elections (African Women’s Decade 2010-2020).

The significance of women’s representations in these countries is encompassing and beneficial. First, it brings to front-burner issues of concern to women such as Sexual Gender-Based Violence, reproductive rights, access to land, loans, inheritance, climate change, etc. Secondly, it enables women’s perspectives on legislation and diverse sectors of the economy. Invariably, this translates to gender mainstreaming into policies, strategies and National Plans of Action. The third is that researchers have linked broad women’s representation and progressive development.

A study showed that allocation of resources is more effective and ultimately produces superior human development outcomes in countries where women are more broadly represented. This is characterised by women favouring a redistributive agenda, spending more on children’s education, social services and health (I. Clot-Figueras, Women in Politics, Evidence from Indian States, 2011).

More of the welfare state theory in capitalist democracies suggests an association between gender representation and social spending (C. Bolzendahl and C. Brook, Women’s Political Representation and Welfare State Spending in 12 Capitalist Democracies, 2007).
Consequently, this is the time to break the bias and remove every iota of discrimination.

The gender bill’s provisions are already in several African constitutions. The “giant” of Africa should amend the Nigerian Constitution in a similar direction. There is no gainsaying that women are half of this country’s population, hence, it is only logical to have proportional gender inclusion in both the public and private spheres. Arguably, the amendment of the constitution to reflect the “gender bills” is still formal equality. Robust implementation will eventually translate to substantive equality in the nearest future

Bitter Truth: The price of the prize