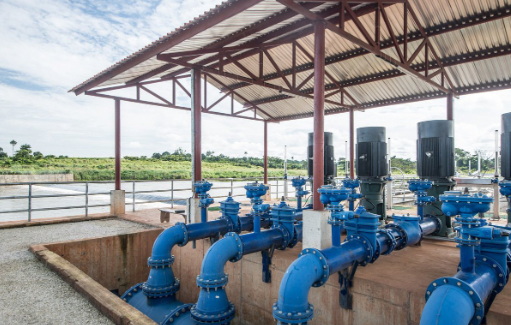 There is urgent need for government to install and restore electricity, safe water and good road network in Imo State with special attention to the rural communities where major sources of revenue for the State are being generated.

Truly, these basic amenities when installed or restored, will not only enhance good living, but also encourage productivity, hard work, excellence, promote commerce, cottage industry, security, economic growth for any community that enjoys them regularly.

This is why the Imo State government should look inwards, expedites action, set every obstacle behind, to install and restore electricity, safe water, healthcare centres, as well as constructs roads with drainages, covets, build bridges and repair damaged roads for the rural and urban communities.

By so doing, crime, banditry, youth restiveness and thuggery occasioned by idleness, unemployment, frustration including economic deprivation and over dependency on the state for survival would reduce as youths and women would be meaningfully engaged.

Obviously, there are many people especially youths and women who have skills on welding, barbing, sewing, hairdressing, fashion and designing, but could not engage in them due to their inability to procure or service their working machines (tools) because of lack of capital or power (electricity).

Bad road, unhealthy environment, insecurity and dearth of electricity scare investors away from investing at the rural and urban communities. Life is precious. Hence those who value theirs cannot afford to operate in a hostile environment.

It is shamefully disturbing that many rural communities in Imo State have never seen nor experienced public power supply, tarred road and safe water since creation. Such communities are: Obitti (which houses Imo Rubber Plantation Estate), Awarra, Ochia, Assa, Obile (oil, gas producing) including Mbuishi, Ilile among others.

Some of the communities that have been privileged to have electricity have over the years been experiencing consistently low voltage and epileptic supply of power. This poor electricity supply situation had lingered especially at Oguta, Owerri West, Owerri North, Ideato North, Ideato South, Okigwe, Orlu, Njaba, Mbaitoli, Ikeduru, Ihitte- Uboma, Ngor-Okpala local government areas including the Imo State Secretariat and Imo State Government House, Owerri until Emeka Ihedioha led Rebuild administration came onboard and reversed it.

This is seen as misplacement of priority projects in many quarters. Such sums if invested on provision of electricity would have a multiplier effects on the overall welfare of the people impacting their lives socially and economically. It is unacceptable that till date, communities in Ohaji/Egbema and Oguta do not have portable water and electricity”.

In 2011, 2014, 2015 during electioneering at Awarra, Assa and Mmahu and other communities within Imo State, Rochas Okorocha promised Imo people of installing and restoring electricity that will be regular so that youths and women will be productively engaged. He said that this was in line with his industry, job and employment drive which did not see the light of the day. But rather depleted the ones already on ground.

In an article written by Egbelu Gift entitled “Okorocha and Imo Oil Communities”, published in Punch Newspaper on June 29, 2016, it stated that “Imo State Government under Okorocha claimed to have spent #500,000 paying electricity bills for Ohaji/Egbema and Oguta communities to Enugu Electricity Distribution Company (EEDC). We wondered how electricity bills would be paid to communities who since creation have never seen electricity despite contributing to the state government’s coffers to the detriment of their farmlands”.

Egbelu added that “it is a deception that Okorocha who failed to provide electricity for the people as promised, will now claim to have paid electricity bills for the same communities”.

Regrettably, successive governments and interventionist’s agencies like ISOPADEC, NDDC and Ministry of Niger Delta Affairs have refused to provide electricity, healthcare facilities, water, and road to Imo communities to enhance their welfare and socio- economic activities since white-collar jobs are rare for the less- privileged people who produce the wealth of the state.

Also, the Imo State Secretariat and Imo State Government House, Owerri, were disconnected and left in darkness for several days given to government’s inability to clear electricity bill debts of #200m to EEDC. However, the spokesperson of EEDC, Emeka Eze, confirmed, admitting to have also seen the inscriptions on EEDC Office building marked for demolition by the former governor. This is in response to get even with the agency for disconnecting the government establishments.

Premium Times, on July 4, 2018, quoted Steve Uzoechi as saying “Commissioner for Public Utilities, Mark Uchendu, in an interview stated that the disconnection of the State Secretariat is a major issue for us. We need also to reconcile that because the bill of over #45m EEDC brought for the Secretariat appears rather inflated to us because prepaid meters are used there”.

Premium Times stressed that Uchendu regretted that ISOPADEC communities were also in darkness due to indebtedness to EEDC, but added that it was the responsibility of ISOPADEC to defray the debt from their 13% derivation fund.

“It is not the direct responsibility of government to pay the electricity bills of Oguta and Ohaji/Egbema. The commission does that”, Uchendu stated. This was a regime that told the world that it had offset the over #45m accumulated electricity bills for Ohaji/Egbema and Oguta. It is shocking that government is telling lies to cover its failure. This is belittling and laughable.

Government should make frantic effort to providing these basic infrastructures to the people to reduce suffering and insecurity, rather than concluding plans with NDDC to merely install solar street lights at Obitti, Awarra, Ochia, Assa, Obile, Mgbuishi, Ilile among other communities in the state.

In fact, this proposed solar street light should be jettisoned because it is needless to the people whose major need is actual electricity that can spur development and social comfort.

Money earmarked for this proposed solar street light project could give these communities real electricity if the fund is judiciously handled.

Again, government should make treated water available to all communities, just as moribund healthcare centers should be revamped with modern facilities to enhance healthy life, as well as reduce untimely death, infant maternal morbidity and mortality rate which Imo was rated high among states in the South East.

AFCON: Eagles will be delighted to see fans against Sierra Leone