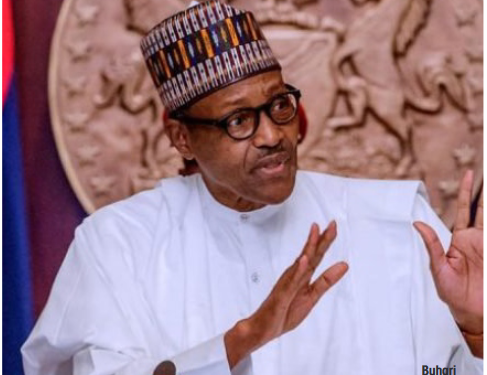 It is now public knowledge that Nigeria has unfortunately descended into recession for the second time within the tenure of the President, Major General Muhammadu Buhari (rtd.)’s regime. Essentially, a recession is a decline and contraction in economic activities as reflected in the Gross Domestic Product over two consecutive quarters.

While the economic and social circumstances that led to this recession were deeply rooted in the dislocations occasioned by the coronavirus pandemic, it is also common knowledge that economic growth before the pandemic was tepid and we have not fully recovered from the first recession. Thus, economic growth after the first recession had not accelerated to the progress previously reached before the dawn of 2015.

According to the National Bureau of Statistics: “Nigeria’s Gross Domestic Product recorded a growth rate of -3.62% (year-on-year) in real terms in the third quarter of 2020. Cumulatively, the economy has contracted by -2.48%. While this represents an improvement of 2.48% points over the -6.10% growth rate recorded in the preceding quarter (Q2 2020), it also indicates that two consecutive quarters of negative growth have been recorded in 2020. Furthermore, growth in Q3 2020 was slower by 5.90% points when compared to the third quarter of 2019 which recorded a real growth rate of 2.28% year on year.

The recession is coming at a time of more than “quadruple whammy” with increased national indebtedness, reduced revenue inflow, accelerated insecurity and a divided nation as demonstrated in the just concluded #EndSARS protests. We are living witnesses to a national debt profile of $85.89bn and a further N11tn borrowed from the Central Bank of Nigeria in ways and means.

The national budget is being supported by aggravated deficit financing and deployment of 85.5% of actual revenue accruing between January and August 2020 to debt service. Also, there are requests in the 2021 federal budget estimates for borrowing in the sum of N4.2tn in a deficit of over N5tn which is in excess of the three per cent of the GDP, being the prudential limit stated in the Fiscal Responsibility Act.

Unemployment and underemployment as of Quarter 2 2020 stood at 27.1% and 28.6% respectively while youth (15-34 years) unemployment and underemployment were 34.9% and 28.2% respectively. The just ended #EndSARS protest was a protest against bad governance fuelled by corruption. The inflation rate (year on year) as of end October 2020 was 14.23% and it may not slow down soon considering the recent increase in fuel price and electricity tariff. Vast parts of the states in the North-West and North-East geopolitical zones which produce a good bulk of food and other agricultural produce have been taken over by terrorists and bandits. The implication is that agriculture which is one of the promising growth drivers is seriously constrained by insecurity.

These developments call for action, re-strategizing and re-engineering of the Nigerian economy and polity to fundamentally respond to the challenges of the time. It is time for Buhari to rise to the occasion and ensure that the most competent Nigerians irrespective of their religious, ethnic or political party affiliations are brought on board to manage the economy.
It will mean either replacing the current economic managers because it is apparent their best is not good enough or bringing in new hands to work with the current managers to rejig and support ongoing efforts. Furthermore, the most competent Nigerians irrespective of their religious, ethnic or political party affiliations should be brought on board to manage the security agencies fighting terrorism and the insurgency.
The current service chiefs have failed in their assignments and most Nigerians including the National Assembly have on several occasions pleaded with the President to let them go, but to no avail. Improved security will provide the conducive environment for agriculture across the geopolitical zones to contribute in an optimal way to economic recovery. The mantra of investments in several agriculture value chains should be taken to the level of implementation. Funding of specific value chains should come with milestones and indicators for reporting progress.
This is the time for the most prudent use of the little available resources through blocking leakages in the system. It is time to cut down on the cost of governance and the bureaucracy across board from the topmost layers of the executive, legislature and judiciary. We need to prune the inappropriate, unclear and wasteful expenditure proposals in the 2021 budget estimates which are in excess of N235bn.
This is not the time for some positions that insult the intelligence of Nigerians like the statement credited to the Senate President, Ahmad Lawan, that Nigerians should stop complaining about their humungous self-awarded remuneration but await 2023 to vote them out if we feel that their performance is poor. We cannot wait for 2023 for legislators to continue taking an undue share of the national resources at a time of great economic crisis.
It is either the National Assembly retraces its steps or Nigerians will be forced to take the necessary action against them through any legitimate means including the fundamental right to rebel against tyranny. This applies to all government offices and officials who believe they are entitled to live in luxury at the public expense amid crushing poverty and deprivation.
This is also the time to recover all resources stolen and mismanaged from the treasury as identified in various federal audit reports especially from the key revenue agencies in the Nigerian National Petroleum Corporation, Department of Petroleum Resources and the Federal Inland Revenue Service as well as other Ministries, Departments and Agencies of government.
Furthermore, the President should ease the tension in the land, curtail the abuse of human rights and fundamental freedoms by his appointees as a condition precedent for Nigerians to unleash their creative and productive potential and energy in unity, bound by a common goal to establish a prosperous, growing and developmental economy which will benefit Nigerians in Nigeria and in the Diaspora.

Nigeria: A decade of impunity and inaction

What makes a country ‘Third World’?