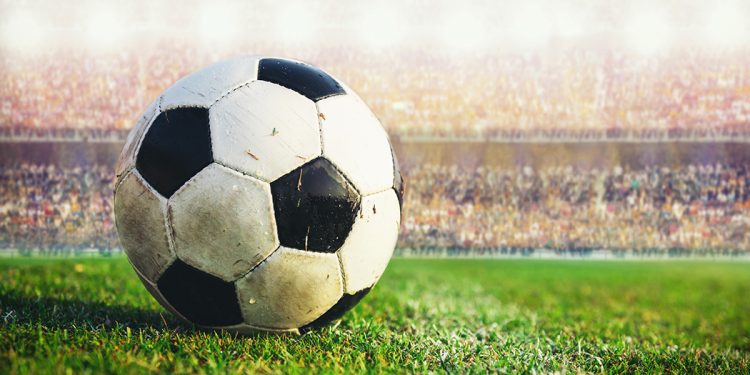 soccer football in the stadium crowd

Umushioke village team has emerged the winner of the Ama-Ato Iho Dimeze liberty cup in Ikeduru Local Government Area of Imo State, donated by Mazi Shedrack Chigozie Arihalam.
The village defeated Ndiokwu village by 5 goals to 3 through penalty shootout.
Speaking while handing over the trophy to the winner, the donor, Arihalam praised both teams for their soccer skills.

He advised the players to see football as a very important profession which brings great financial fortunes to the individual player and his community.
He stated that gone were the days when footballers were seen as vagabonds, explaining that the game of football has become a source of international popularity and fame.

Arihalam said football has produced millionaires and successful personalities who are known worldwide.
He advised youths of Ama-Ato to develop their soccer skills with a sense of seriousness to be among the great soccer stars of the future.
He enjoined the youths to desist from crime by using soccer as a platform for job and wealth creation.
In his contribution, one of the chiefs in the proposed Ama- Ato Iho Dimeze autonomous community, Chief Bethel Iwuajoku commended both teams for their soccer skills and charged them to continue to improve their skills.

Also, a community leader and retired secondary school principal, Mr. Sabinus Mgbemena praised the players for displaying fair play and spirit of sportsmanship while Chief Damian Duru also saluted the players for exhibiting the spirit of brotherhood.
Another community leader, Mr. Christopher Osuigwe praised both teams and supported the winner with cash donation.
Mr. Chibuike Arihalam won the best goalkeeper award, while the highest goal soccer award was clinched by MacDonald Nwachukwu and Udochukwu Nnadi got the best player award.