We have lost confidence in govt – Archbishop Obinna 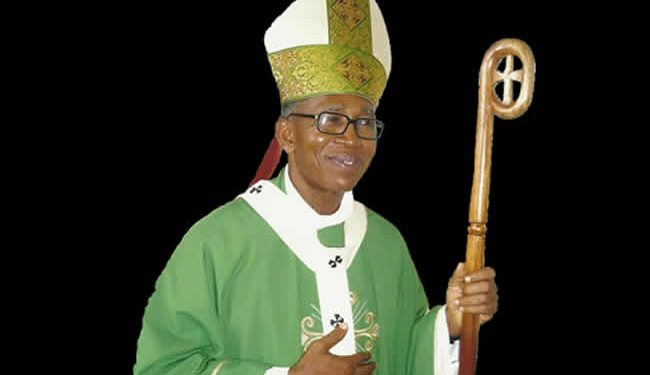 Speaking at the inaugural sitting of the judicial commission of inquiry into police brutality and related matters yesterday at the Old High Court premises, Orlu road, in Owerri, the Imo State capital, Archbishop Obinna, said that people of the South East region, and Imo State in particular have suffered the worst form of brutality in the hands of security agents and yet the government appeared to do nothing about it.

Obinna, who was represented by Rev Fr. (Dr.) Kevin Ugoamadi, said that though the people have faith and confidence in the government to protect them, but the government had failed in all ramifications to enjoy the trust and confidence of the people, adding this is why the people are skeptical to appear before the commission of inquiry, or any other commission, because they are not sure of what the outcome could be and whether they would get justice or their voices heard.

He urged the commission not to exhibit any sycophancy, but to show the people of Imo state that they are working for them, stressing that in so doing that the trust and confidence which the people have on the government as their defender could be restored. The archbishop pledged his commitment to ensure that the commission succeeds in its assignment.

Earlier in her opening remarks, the Chairman of the Commission, Justice Florence Duruoha-Igwe, expressed regret at the apparent inertia of the people to come forward and present their grievances before the commission.

She said that so far only two persons have so far presented their petitions to the commission and wondered why people could get the much-desired justice if they failed to present their petitions.
According to her, though the commission is not a regular court as nobody was on trial, but merely investigative, remedial and advisory in nature, its outcome is sure to have an impact in the administration of justice.

She said, “We have since published our call for petitions and memoranda. Our registry is now open for business. We hope that aggrieved citizens of our state will avail themselves of this opportunity to ventilate their grievances. Ours is investigative, remedial and advisory in nature, it’s not a court.

“Nobody is on trial, but we intend to unravel what transpired between the police and the suspects. In the same vein, it’s also our intention to find out the cause of the ill-will between the officers of the law and the citizens of the country. Not to do so will not bring a permanent solution.”

Apart from the archbishop, others who pledged their commitment to the success of the commission are the Bishop of the Anglican Church, Bishop Chukwuma Opara, who was represented by Rev. Canon Jonah Nweboh and the representatives of the Nigerian Union of Journalists (NUJ) and Imo Broadcasting Service.

When the respondents were called, they were absent in court and when the chairman inquired whether they had been served, the lead counsel to the commission, A. S. Duruoha said no. He therefore applied for a substituted service to enable the respondents be served through the office of the commissioner of police. The two applications were granted and the commission adjourned the hearing to November 9, 2020