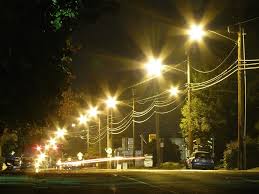 Imo State is one state that has continually cried for lack of funds. It is not even able to meet its obligation towards civil servants and other small needs. Given the manner the administration runs, it is conclusive among many that there is no governance in the state. So many things that should get attention in the state are abandoned.

Consequently, one expected that the state ought to be more prudent in the management of funds. This is the reason people are at a loss over the state government’s installation of fresh streetlight within the state capital when there are existing streetlights. Imo citizens are querying the government’s rationale behind this.

A concerned Bus Imo driver who gave his name as Chidi speaking to yours sincerely stated that “this is only one way they want to write away our money into their pocket. What is wrong with all these poles standing, if their batteries are not working why not change them and save money to do other things”

Recently the state government has come under serious attack following the destruction of Somto Hospital Complex structure which was adjudged to have suffered serious integrity test. It is reported to constitute threats to users. Some are asking if there are no other measures that could have been taken to salvage the multi-million-naira project.