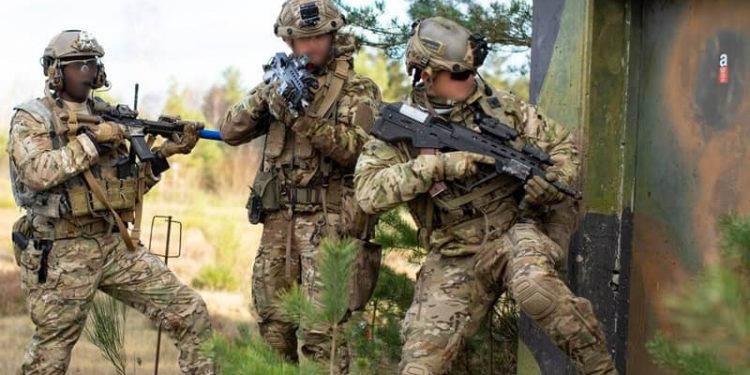 0
SHARES
369
VIEWS
Share on FacebookShare on TwitterShare on Linkedin

The kidnap of an American citizen in neighboring Niger Republic on Tuesday went awry on Saturday.
American commandos, with security assistance from Nigeria, stormed the kidnappers’ den at an undisclosed locality in the north, killing all but one of the seven-member gang.

The kidnap victim, Philip Walton, 27, was rescued alive in the early morning high-risk raid and returned to Niger immediately.

Moments after the operation, President Donald Trump tweeted out his praise of the rescue mission.
“Big win for our very elite U.S. Special Forces today. Details to follow!” he wrote.

“This American citizen is safe and is now in the care of the U.S. Department of State. No U.S. military personnel were injured during the operation.

“We appreciate the support of our international partners in conducting this operation.”
Secretary of State Mike Pompeo, speaking separately, said: “Thanks to the extraordinary courage and capabilities of our military, the support of our intelligence professionals, and our diplomatic efforts, the hostage will be reunited with his family. We will never abandon any American taken hostage.”

“These types of operations are some of the most difficult to execute,” he said.
“Any mistake could easily lead to the death of the hostage. The men and women of JSOC (Joint Special Operations Command) and the CIA should be proud of what they did here. And all Americans should be proud of them.”

An official in Washington said: “We had to get him before any potential trade or sale.”
Sources in Washington said the operation involved the governments of the U.S., Niger and Nigeria working together to rescue Walton quickly with the CIA providing the intelligence leading to Walton’s whereabouts and Marine Special Operations elements in Abuja and Niamey helping to locate him.

Democracy or Dictatorship Which Is Better