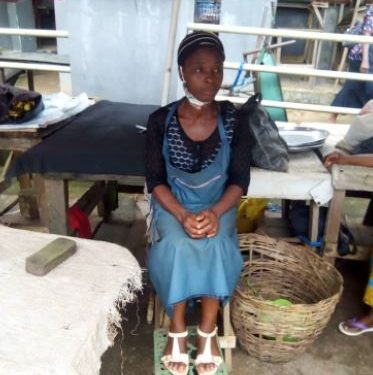 0
SHARES
58
VIEWS
Share on FacebookShare on TwitterShare on Linkedin

Traders at perishable goods market, Amuzukwu Umuahia, Abia State have threatened to return to the former Isi gate market if the state government fails to protect their interests.

The traders said they were relocated from the former Isi gate market by the Abia State government in December, 2019, to their present trading site when the perishable goods market was completed.

Unfortunately, trading activities in the Amuzukwu market have plummeted in recent months, because of the state government’s alleged failure to enforce the ban on street trading around the former Isi gate market.

Making their frustrations known to newsmen Saturday during the clean up exercise, the perishable goods dealers, through their leaders, Chief Darlington Uwanaokwu and Mr Okechukwu Ndumele lamented that they have lost all their customers whom they claimed, have returned to the former markets.

The traders appealed to Governor Okezie Ikpeazu, ministry of trade and investment and other concerned agencies to close the Isi gate and Bonny street markets in Umuahia, threatening to join the illegal traders if their appeals were not attended to.

Adding her voice, Mrs Caroline Ogbenna who deals on food stuffs, alleged that many traders could not sell their goods after many days of purchase, as all their customers now preferred the Isi gate and Bonny street illegal markets.

Also, the chairman of butchers’ association in the market, Mr Okechukwu Ndumele cried out that they found it hard to sell their beef, even after some days of purchase

His words, “our loyalty to this government in remaining here has been betrayed.

The government has continued to allow trading in outlawed places like Bonny street and it has crashed our businesses here and we may be prompted to move back to Bonny street or Isi gate”, Ndumele declared.