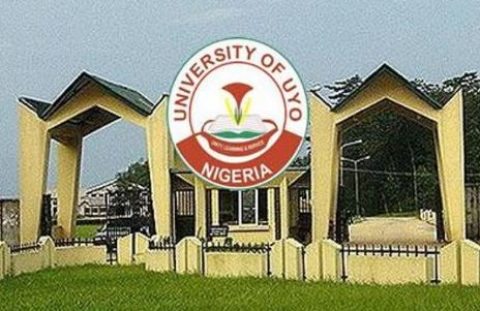 The outgone Vice Chancellor of the University of Uyo, Prof. Enefiok Essien, says welfare of staff was his primary concern during his five-year administration in the institution.

In a chat with newsmen in Uyo to mark the end of his tenure, Essien noted that he was able to clear the backlog of promotions for non teaching staff as far back as 2011, adding that academic staff were regularly promoted.

According to Essien, he took staff welfare as a primary concern to ensure they were rewarded for their labour by conducting promotions as and when due, converting staff with higher qualifications to their appropriate ranks, paying promotion arrears, hazard allowances, as well as promoting stagnated staff of the university’s staff school.

He stated that 240 members of staff in the professorial cadre comprising associate professors and professors were promoted during his tenure.

The outgone Vice Chancellor stated that out of the 76 inaugural lectures the university has had from 1991 to date, 30 of them representing 40 percent took place during his administration.
Essien further said an electronic voting system was introduced for the Students Union Government (SUG) elections, where the students voted from the comfort of their rooms, thereby erasing the issue of discontent among students during their executive transition.

He submitted that he operated an open door policy for students, ran a yearly convocation ceremony such that students could get their certificates afterwards, adding that 153 students expelled from the university in November 2015 before he became VC, were reinstated in 2016 during his administration after they showed remorse.
Essien whose tenure would elapse on November 30, mentioned some of his achievements to include peace on campus, staff and students’ welfare, maintenance of academic culture, creation of new academic programmes, departments and centres, massive physical and infrastructural developments among others.
“We have had regular promotion as and when due. We cleared the backlog particularly for non-teaching staff, some dated as far back as 2011.
“Academic staff too have had regular promotions except this year that the appointments and promotion committee could not meet due to the COVID-19 lockdown/closure and the ASUU strike which has still not been called off.
“For promotions in the professorial cadre, we have had more in my five-year tenure than in any other tenure before now.
“Between December 2015 and November 2020, we have had a total of 240 professorial promotions, made up of associate professors and professors,” he stated.
The VC listed 27 projects which he initiated, completed and commissioned to include a fuel station designed to improve the institution’s Internally Generated Revenue (IGR), state-of-the-art art-gallery, construction of dual carriage entry road at the main campus, and construction of about nine classroom and office blocks, and female hostel block among others.
He said the university has full accreditation for most of its programmes from both the National Universities Commission and relevant professional bodies, adding that the institution has collaborations with universities in America, Europe and Asia.