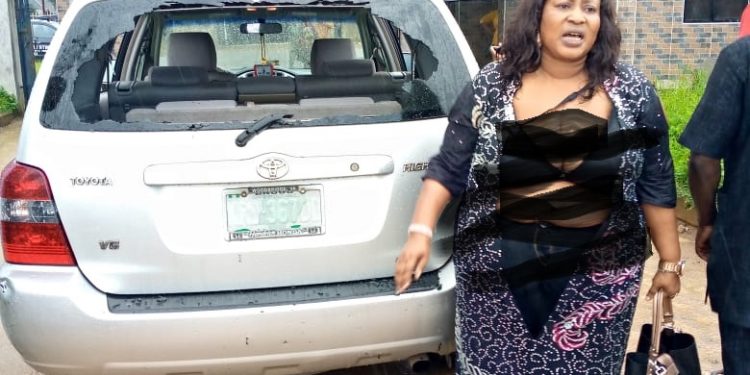 Explaining the reasons behind Nwala’s maltreatment, the Chairman of Etche Local Government Area, Obinna Anyanwu, says Nwala was assaulted because she made a forceful attempt to exit the legislative chambers with the mace, aided by a team of armed policemen and over 20 armed thugs she allegedly hired which have been denied by sources within the council. 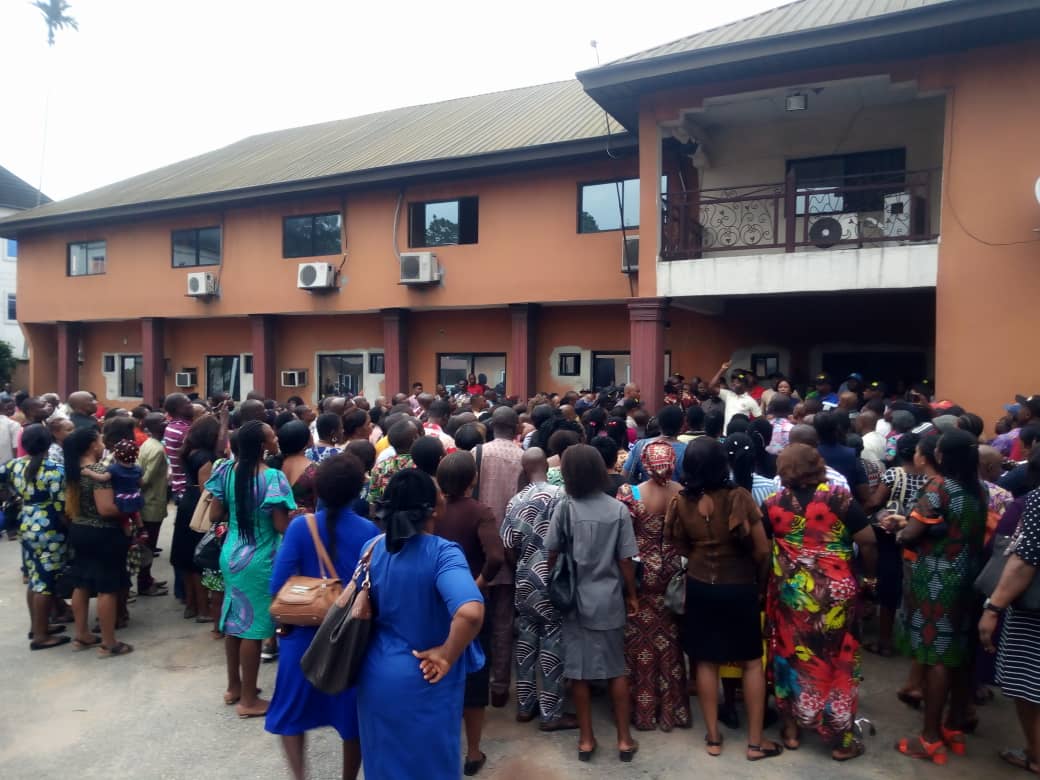 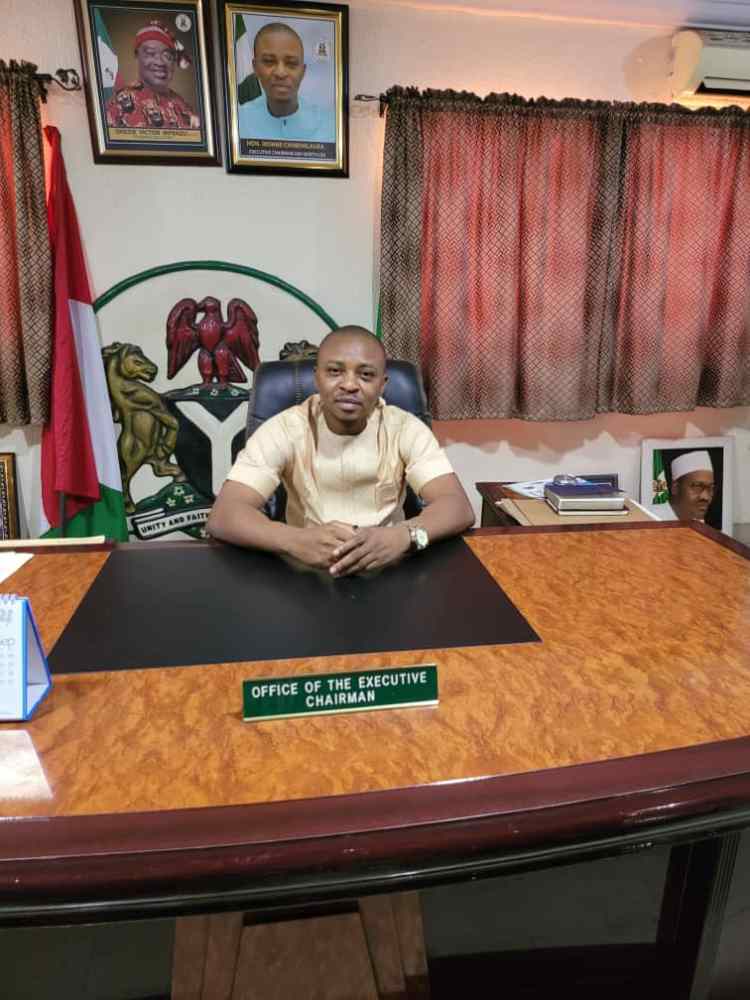 He also denied the allegation by Nwala that he asked his Chief Security Officer (CSO), Chinedu Onyeche, to manhandle her. He said Onyeche only joined others in the council to restore normalcy after a scuffle amongst the lawmakers.

In a statement by his Chief Press Secretary, Robinson Oluor, Anyawu said a disagreement ensued among the lawmakers and the leader of the house attempted to go with the mace before she was intercepted.

The maltreatment of Nwala went viral in the state as many women groups have reacted and condemned the treatment of the woman, stressing that the LGA Chairman and the CSO are only narrating unfounded stories to cover the inhuman treatment given to Nwala.

As the boiling political atmosphere in Rivers State was yet to simmer down, the Chairman of Aba North LGA of Abia State allegedly exhibited the cruelest inhuman treatment on another woman, causing fear and panic.

News Echo gathered from sources within the Council that prefer anonymity that the crux of the matter was that the Chairman tried to force the HOD to sign certain documents she felt will not go down well with her job.

According to some sources, Ikonne who is very well connected and is one of the sons of His Imperial Majesty, Eze Isaac Ikonne (Enyi-1 of Aba) has been running the Council with an iron hand, as thugs always take over the secretariat at any slightest disagreement.

In his words, “We got information that the Executive Chairman of Abia North Local Government Area, Mr David Ikonne, brutally assaulted, Mrs Chidinma Nwanosike the Head of Department Works of this Council, a woman.
“Of course I know that he has no reason to do that. So we came here this morning in solidarity to ask him what happened, but unfortunately, he’s not around.

“In our slogan, injury to one is an injury to all. Because the woman is a Director in the service and she knows the rules and must behave civilly. She may have not have done anything to attract the beating, the harassment and the maltreatment.

“Imagine beating a woman with planks and pipe? We have those pieces of evidence with us. The man has no reason to beat the woman to the extent that she’s currently hospitalized at where she’s receiving treatment.”
Nwaigwe said NULGE has taken action by shutting down Aba North Local Government Secretariat, signaling the beginning of a total strike.

“We’ve already declared a strike in Aba North to avoid this issue degenerating to the issue of physical assault on our members. We want to save our members; therefore, every LGA worker in Aba North must remain at home for now.
“This became necessary because son, you’ll see the Chairman with his boys coming here to start beating our members who have absolutely nothing to protect themselves with. We don’t want such again.
“We will remain on strike until we see what actions are being taken. We’ve also given the Governor of Abia State 48 hours to address this issue.

“If the issue is not addressed to our satisfaction, we have no option than to declare industrial action in all the 17 LGAs of Abia State to show the government that we are serious.”
Nwaigwe said that Mrs Anosike told NULGE that she does not know what she did to warrant such inhuman treatment from Ikonne who she does not remember having any disagreement with.

“The woman told us that the Chairman accused her of sabotaging his administration and before she could say a word, he physically assaulted her with planks and pipes.
“It took the intervention of other workers to restrain him from inflicting further pains on the woman.
“Therefore, we demand that the LGA Chairman should be sacked. Without him being sacked, other LGA Chairmen will continue to do it.”

News Echo learnt that some top connected persons within the government have made moves to change the narratives in defence of Ikonne, because of his connections.
Mr Andrew Ugorji told News Echo that how Anosike was beaten and taken to hospital shows that the call for youthful leadership is not the cure for bad leadership.

“I don’t work here neither do I have any business with them, but I have to tell you what I saw. It took the intervention of people who came around to stop him.
“I never knew he’s the Chairman. His attitude is disgusting. How can he treat a woman like that? The problem in Abia State is that we cover evil.

“A small boy who was just made LGA Chairman recently will beat a woman old enough to be his mother and some powerful persons in Umuahia are covering him.
“He is even going about telling people that the woman is trying to drag the government of Okezie Ikpeazu to disrepute. How does his stupidity concern Gov. Ikpeazu? Let me tell you what’s happening, because of the name of his family, they’re protecting him.”

Meanwhile, Ikonne responding to the allegations against him, bluntly denied them all, stressing that they were mere mischievous statements.
“My attention has been drawn to the news making the rounds, alleging that I had issues with the HOD, works of Aba North LGA, Mrs Anosike Chidinma that resulted in my hitting her with a plank of wood.

“It is sad that in this clime, anyone with an Android phone automatically becomes a journalist without pre-requisite training that enshrines the ethos and ethics of journalism practice, which its cardinal objectives include, verified investigative and balanced reportage.
“Apart from the obvious that I came from a decent and disciplined background, I have this personal respect for the female gender and would never raise my hands on any woman or hitting a female with a plank of wood – it is despicable.

“The truth is; we are carrying out renovation works at the council headquarters, including the filling of potholes in the Local Government Area, a job I am doing with the speed of light.
“Sadly, there were attempts to erect delay hurdles through bureaucratic bottlenecks which didn’t go down well with my pace of work and my reaction were merely within the tenets of administrative laid down rules and it never warranted any quarrel that could trigger my picking up a stick or even contemplate hitting anyone. I can say emphatically, it never happened.

“As the Executive Chairman of Aba North LGA, I made a covenant with my God to leave Aba North LGA better than I met it and this vow, I must uphold.
“Therefore, I urge the hard-working people of Aba North LGA and Abia stare at large, to ignore rumour mongers and mischief makers who are bent on circulating fake news to beam the Gov. Okezie Ikpeazu administration in a bad light and bring the government to disrepute through organised blackmail and unnecessary propaganda.
“I have very good cordial working relationship with the staff, Management, and the Councilors of Aba North LGA and this synergy will continue.”

The two incidents chronicled above are quite despicable and embarrassing to the governments especially in a civilian regime where discipline and respect for rule of law should reign supreme. It is inconceivable that people in leadership who should live by example descend to this level of animal behavior.

The military regime was the era when abuses of this nature were common and stand out clearly as an aberration in a civilian government where the rights of the citizens ought to be respected. It is not news when men engage themselves in fisticuffs or struggle for power but certainly not in an organized environment like a work place.

It is more abhorrent when the political leaders descend on the women politicians. This cannot be justified for any reason and leaves the mind guessing on why the perpetrators did not resort to the rule books rather than indulge in self-help.

The implication of these battering according to a woman activist, Barr Ugonna Afam-Echi, an Abuja based lawyer is that women would be further scared from engaging in political activities which leaves the men as lone ranger. “None of these issues should be swept under the carpet and the full weight of the law should come upon the culprits’’, she concluded.

Osimhen yet to get clean bill of health, still positive for COVID-19