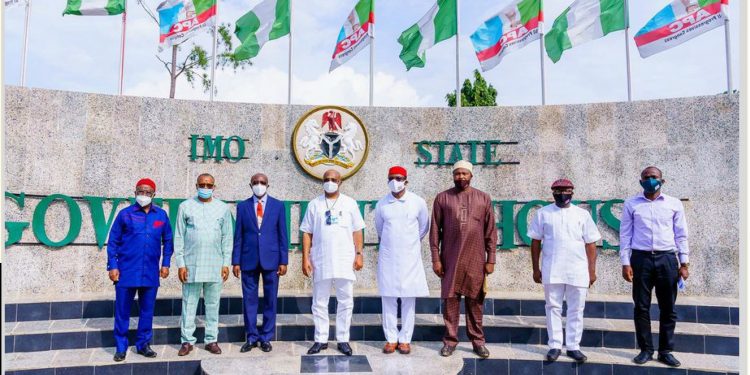 Stakeholders have continued to react over the reports of increased rape cases in Imo state, some of which they said affected minors and teenage girls.

To end this trend, various groups working in the area of Gender violence have been meeting in Owerri, to find a lasting solution.

This is as News Echo was told that the number of the sexual assault on girls have gone up from the time of the covid-19 lockdown period.

Most of the cases they said were traced to sexual harassment on female students especially in the tertiary institutions in the state.

They also pointed at the work places where the female colleagues were said to have been subjected to degrading manner due to their sex.

However, as part of their strategies to end it, Echo news gathered yesterday that stakeholders have heightened the campaign for the bill on Violation Against Person Prohibition, VAPP, to be passed into law. They were of the view that it would go a long way in addressing gender violence in the state.
One of such groups, was the Alliances for Africa, AA, they have called on the Imo state government to adopt a state policy against sexual harassment even as they said they had recorded over 30 cases since last year October it started campaign against gender violence.

According to the group during one of their stakeholders meeting to discuss gender violence in Owerri, in a statement credited to their executive director, Iheoma Obibi, said: “We are advocating for a state policy that will provide the rights and responsibility of an employee against all forms of sexual harassment in a work place.

She added that, “We hereby call on the government of Imo state to listen to the voice of its citizens and provide a form of protection to employees and students especially women and girls from all forms of sexual harassment in workplaces and schools by adopting this policy.”

It was added that, “Our journey started since last year October on the issue of sexual harassment on women and finding ways to end it among the reported cases we have recorded included sexual harassment in our tertiary institutions and so far, from last year October, we have recorded over 30 cases. There are also unreported cases because of culture and stigmatization.”

Ebonyi PDP guber: No man will take away my mandate… Senator Ogba

Buhari’s medical trips: what happens to million others?