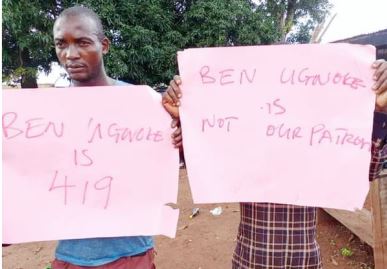 It was another show of displeasure in the city of Nsukka as commercial bike riders, popularly known as Okada, protested against one Ben Ugwuoke, Special Adviser to Governor Ifeanyi Ugwuanyi of Enugu state.

The protest which occurred on Wednesday, 23 Sept, had members of the Okada union carrying placards with inscriptions as; “Ben Ugwuoke is a criminal”, “Ben Ugwuoke is 419”, etc.

NewsEcho Correspondent learnt that the Okada riders accused Hon. Ben of using their name to scoop money from Governor Ugwuanyi, claiming he is the Patron of Okada riders when he is not even an Okada member.

A former executive member of the union, Mr Innocent Ugwu in a telephone chat with News Echo, lamented the numerous illegal levies by the said governor’s appointee.

“Why should people wake up and start thinking of how to use governor’s name to dupe, cheat and suppress others, because they are an appointee or claim to be close to the governor.

Another Okada man, Mr Alphonsus also accused the Special Adviser of being a criminal and fraudster.

However, they warned Ugwuoke to steer clear of anything concerning Okada riders and leadership or they Okada riders will declare him wanted. 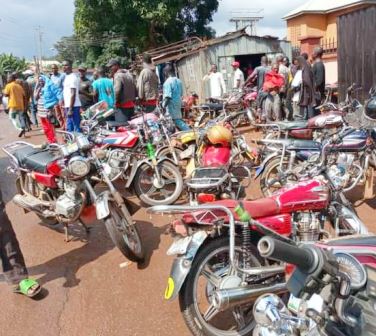 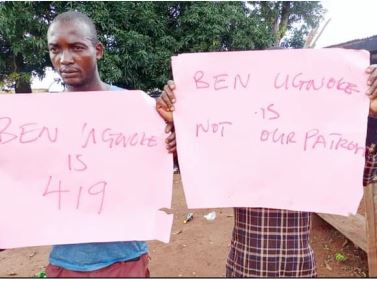 Imo police Intensifies ban on use of fireworks, explosive