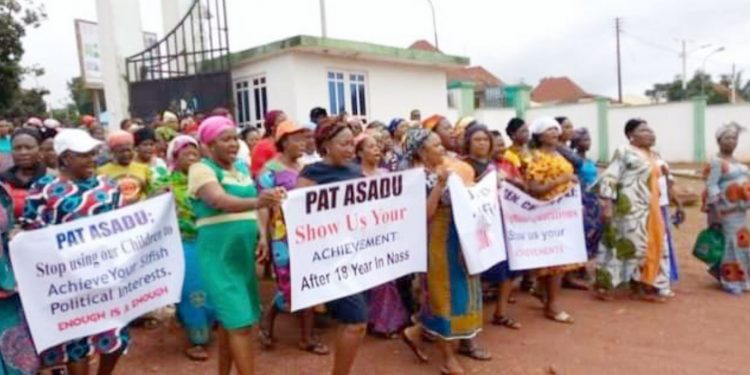 Nsukka women protesting against their legislators for poor performance

No fewer than 700 women, Monday took over the streets of Nsukka, protesting and showing off their grievances with placards, in what they termed gross incompetence and low performance of Senator Chuka Utazi, representing the district in the National Assembly, and Dr. Pat Asadu, member representing Nsukka/Igbo-Eze South Federal Constituency in the federal House of Representatives.

They also want the two sitting NASS members to sit-up and deliver dividends of democracy to the people of the area.

The spokesperson of the forum, Mrs Victoria Ugwu, who spoke to journalists, stressed that the women are not satisfied with the performances of the lawmakers in the zone.

In her words, “we are carrying out this protest so that they will know that we are not happy with their performances. We want them to sit up.

“Asadu has spent over 16 years in House of Representatives but there is nothing to show for it in the constituency.”

However, the women from Uzo-Uwani Local Government Area, where Senator Utazi hailed from, who are also members of the forum, spoke through their coordinator, Mrs.Elizabeth Eze, disassociating themselves from the protest.

According to her, “what happened today was an ambush because we gathered here for our normal monthly prayer, only to see some women protesting against our representative in national assembly, which was never planned.

“There was never a time we discussed in our forum that we will protest against federal lawmakers or anybody on Monday in Nsukka,” she said.

When contacted, Sen Utazi directed our correspondent to speak with his Personal Assistant, Alphonsus Ezeugwu, on the issue.

Ezeugwu said it was unfortunate that some misguided women in the area had hijacked the forum for their political interest.

“I am not surprised some people in the district are already playing 2023 politics. I commend Uzo-Uwani women for condemning the protest in all its entirety,” he said.

Meanwhile, efforts to get a comment from Mr Pat Asadu was not fruitful as calls and text messages sent to his mobile phone were not replied as at the time of this report. 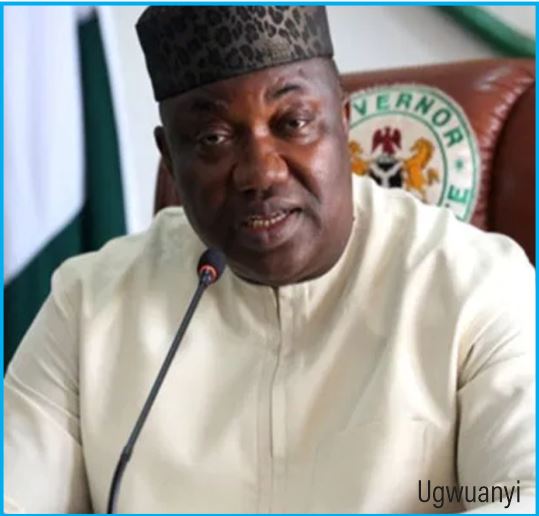