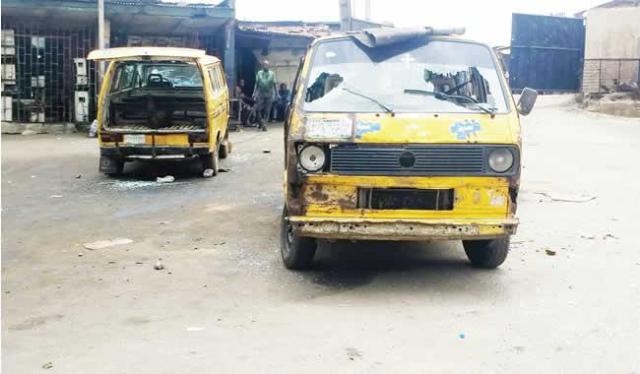 Residents of Onu Nworieugwu in Oshiri in Onicha local government area of Ebonyi state have been thrown into mourning when a water truck crushed five pupils to death. However in a reprisal, the bus driver and his conductor were lynched by an angry mob..

It was reliably gathered that the incident occurred in the remote village on Monday, when the driver of the water truck belonging to a company known as C- Sagas project Nigeria Limited, ran into the kids who were said to be students of St Michaels School, Oshiri, on their home after the school.

The driver, identified as Ewa Innocent, was said to have hailed from Ameka Ikwo while the conductor, Ojim Dennis was from Agharazo, Iyiemgu Izzi

Spokesperson of Eboyi State Police command, Loveth Odah, who confirmed the story, said that the command received a distress call on Monday about the accident.

She said, “The youths became enraged when the accident happened so they attacked the driver and his conductor and killed them,” Odah said, adding, “The driver, Ewa Innocent, is from Ameka Ikwo while the conductor, Ojim Dennis, is from Agharazo, Iyiemgu Izzi.” Odah said.

The police spokesperson said that the victims comprising the children, the bus driver and conductor were confirmed dead by a doctor in the hospital, while their remains were deposited at Onicha General Hospital.

I felt bad when SARS was disbanded — Uzodimma

Why Ndigbo must invest in South East