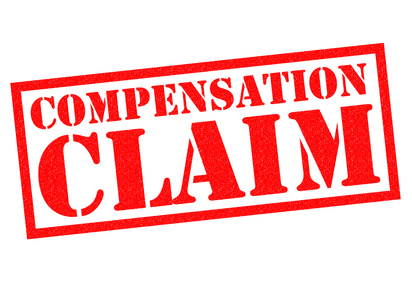 A 57-year-old man, Amb. Jovinal Akanno, has demanded #5million compensation from Nigeria Police Force for allegedly damaging his waist with the butt of their gun, machete and hard wood.

Akanno, a native of Umunachi Osuama, Isiala Mbano local government area, Imo State, stated that the incident, which happened at his residence, Umunachi Osuama, on January 2, 2020, affected his waist and legs adversely.

Akanno made the demand when he narrated his ordeal in the hands of policemen before Justice Duruoha-Igwe led Judicial Panel of Inquiry on Police Brutality and Extra Judicial Killings holding in Owerri.

According to the petitioner, “I was coming out from the bathroom. Policemen came into my house through the fence in Rambo form and started beating and hitting me badly, asking me, where was the boy who ran into this house. I was surprise of the assault because I did not see any boy run into the house.

They equally bounced on the said boy’s elderly brother who was ignorant of why they were chasing the boy. They beat him badly too after the boy in question had escaped.

“The policemen tore my clothing and my bursas. They matcheted me, hit their gun and two-by-two wood on my waist (on two end of my ass) which left me in severe pain. In the process, they published my old mother of 77 years down who groaned painfully too.

The policemen were led in the illicit operation by DCO Igwe of Anara Police Station. This injury led me to seek medical treatment at St Mary’s Hospital, Umunachi Osuama and the police felt as though nothing happened”.

Having adopted his petition before the panel as his evidence, Akanno maintained that the boy the policemen were chasing was his nephew and was not a criminal neither did he commit any criminal offense that warranted the chase and assault on them, praying the panel to compel the policemen to compensate him with #5million so that he could take care of himself during old age as the severe pain on his waist had affected his legs adversely.

The panel which is led by Justice Duruoha-Igwe, has asked the counsel for the commission to serve notice of summons to the indicted policemen at Anara Police Station through the Commissioner of Police including the nominal respondent who treated the petitioner of his injury in his hospital and others to appear before the panel for defence and witness. The matter was adjourned.

However, over 12 petitions were heard, adopted and received between last week Tuesday and Wednesday and adjourned for further hearing, defence and witness.

2023 must not elude Igbo – Ohanaeze Ndigbo