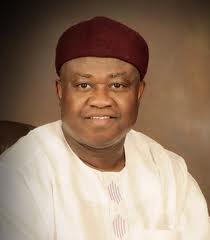 The Chairman and publisher of LEADERSHIP Newspaper, Sam Nda-Isaiah, is dead, his family has announced.

Mr Nda-Isaiah’s newspaper, LEADERSHIP, in a report Saturday morning, quoted his family as saying, “We are deeply saddened to announce the news of the passing of the chairman of LEADERSHIP Group/National Economy, Mr. Sam Nda-Isaiah.

“He died in Abuja on Friday night, after a brief illness. Nda-Isaiah was a family man, a serial entrepreneur and visioner, and a passionate politician. He was, above all, a man of faith. Even in this moment of grief, we know he is in a better place.”

LEADERSHIP went on to profile its late publisher as follows:

Nda-Isaiah was a pharmacist, but he made his mark as a newspaperman, with three dailies, including the flagship and Nigeria’s most influential newspaper, LEADERSHIP, in his stable.

He was also a serial entrepreneur with a portfolio of thriving businesses and a founding member of the All Progressives Congress (APC) on whose platform he contested for presidential ticket in 2014.

Nda-Isaiah, a bridge-builder and champion of Big Ideas, a number of which he vigorously canvassed, also held the traditional title of Kakaki Nupe, the spokesperson of the Nupe people.

He was a promoter of Nigeria’s unity and an outstanding student of history and global politics.

His last major outing was on Thursday, December 10, when he inaugurated the Board of Economists of NATIONAL ECONOMY Media Limited, a subsidiary of the LEADERSHIP Group.