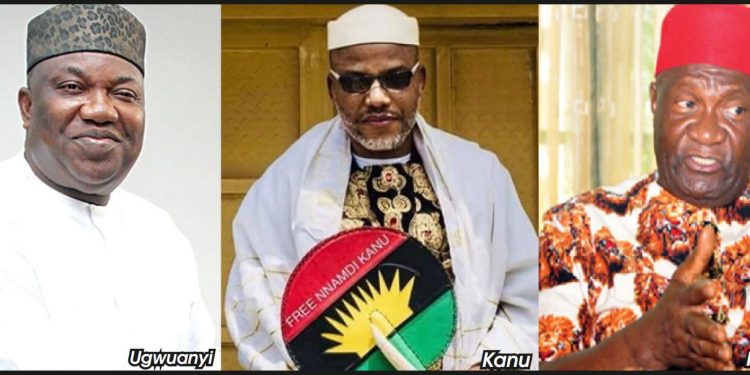 There are well founded similarities between the incessant killings of IPOB members and the massacre of Ndigbo between 1966 and 1970.

First, both actions were against God and mankind. They were targeted against humanity and humanities. The killings of 1960s and recent IPOB massacre were aimed at eliminating Ndigbo and whatever they believed in. Like in the genocide of the 1960s, the massacre of today was carried on by the security agencies of Nigeria, supervised by the oligarchs and a stamp of imprimatur sealed by the authorities of the day.

In both accounts, the bloodletting was quite excessive. The cry of the innocent too soul hurting.

And the loss of human heads really mindless and reckless. Sun of Thursday, September 15, 2011, page 19, has a gory detail of some of the inhuman expedition carried against the Igbo in the past.

According to the account, on September 18, 1968, Otuocha Market in Aguleri in present day Anambra State was bombed and 510 innocent lives were lost. On February 7, 1969, Afor Umuohiagu Market in Ngor Okpala, Imo State, was bombed and 312 hapless civilians were expired. Again, on February 26, 1969, 250 harmless people were sent to their untimely death as Ozu Abam Market near Ohafia, Abia State. And just two weeks ago, in Abia State, 21 IPOB members were killed.

It did not end there! Recall that Alexander Madiebo, in his book entitled The Nigerian Revolution and the Biafran War, noted that the killings of Ndigbo in Northern Nigeria were really earthshaking. He revealed that the art commenced in May, through July, August and was worst in September. He said about 50,000 Igbo people lost their lives in later became known as pogrom. The killings of Ndigbo were nauseating that even foreign journalists cried out but their voice was consumed by the Nigerian image makers who laundered the country’s image even in the face of genocide.

The present administration had borrowed huge amount of money from overseas loans and Ndigbo are excluded from what the projects the funds are used. For instance, the railway projects projects. It has been confirmed that the worst federal road network is in the South East. A commentator has stated it the appointments alloted to South East are like bronze medals which 100 of it do not equal to one gold medal. In other words, this administration does not factor in the interest of Ndigbo.

Indeed, there are all manner of killings against the Igbo in the past and present.