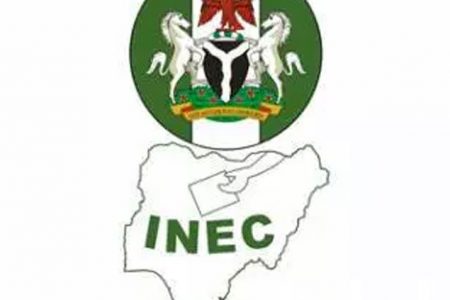 The All Progressive Alliance (APC) candidate in the yet-to-be rescheduled Imo North bye-election, Mr. Frank Ibezim, has said that he will challenge the ruling of a Federal High Court sitting in Owerri, which asked the

Independent National Electoral Commission (INEC) to replace his name with that of his main challenger, Senator Ifeanyi Araraume, as the party’s flag bearer in the election.

INEC had scheduled the bye-election for October 31, but had to postpone it following the destructions that attended the two-week long protests by Nigerians against police brutality.

Ibezim had emerged the party’s flag bearer at the primary election held on September 3, but Justice Tijjani Garba Ringim of the Owerri division of the FHC, had on Friday nullified Ibezim’s candidature on the ground that Ibezim did not participate in the primary election following a suit filed by Araraume

The judge had hinged his ruling on the fact that Ibezim and five others were disqualified on the ground that they did not meet basic requirements following a petition against them.

He, thereafter, declared Araraume as the authentic and rightful winner of the primary election and ordered the Independent National Electoral Commission (INEC) to immediately substitute Ibezim’s name with that of Araraume.

According to Justice Ringim, this was because there was a petition by the APC Screening Committee that he and five others were disqualified for not meeting basic requirements.

He held that any vote allotted to Ibezim was a nullity in the eyes of the law.

But Ibezim has vowed to reclaim his mandate in the court of law. A statement signed a member of his Think-Tank group, Hon. Jim Isilebo, said that Ibezim’s legal; team are already putting finishing touches in the papers to challenge the court decision.

Ibezim was quoted as vowing to remove the clog on the wheel of his candidature and urged the electorates in Okigwe zone not to panic, and to remain focused in the face of what he described as “the onslaught of political desperados.”

Meanwhile INEC said that it’s yet to be informed of the Friday ruling of the court.
Director in charge of Voter Education and Enlightenment, Festus Okoye, speaking to News Echo, said that the commission would only act if it receives a copy of the judgment.

He said, “The Commission is a regulatory body and not a court of law. Section 285 of the Constitution vests the High Courts and the Federal High Courts with jurisdiction over pre election matters. I am not aware that the Commission has been served. We have procedures for dealing with such matters.

We give effect to pronouncement of the court if we have them. The commission does not act on the basis of news paper publication or radio announcements. We only act when we receive certified true copies (CTC) of any judgement and after we have read and digested the contents. It’s then that the commission will meet and take decision.

Okoye said that the election will go on nonetheless, adding it is the logo of political parties that are on the ballot and not the candidates.

“The ballot papers bear the logo of the parties. Voters vote for political parties and the name of the candidates are reflected during declarations and return.

Therefore, if at the end of appeals the Court of Appeal decides otherwise the Commission will comply. However, the candidate must have participated in all the stages of the electoral process,” he added.

Analysis of Haorun and the Sea of Stories by Salman Rushdie