As govt fears attack on Douglas House over palliative, Prison 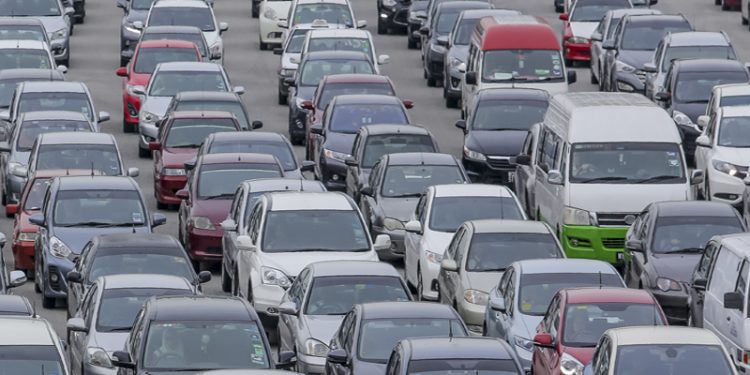 Owerri, the state capital of Imo has been enveloped by huge traffic of unimaginable dimension and a shut-down of economic activities since the week.
This resulted from some security measures put in place by security operatives to prevent the state from witnessing vandalization of public institutions and public properties. Tension remains high and activities happening at snail speed with lots of uncertainties clouding everywhere even as the government has relaxed the curfew earlier imposed

Huge traffic is witnessed in major parts of the cities as people now spend hours to reach places that would ordinarily take minutes to connect. A victim narrating his ordeal stated that he spent 55 minutes from Slot (Ikenegbu Junction) before reaching Old Fire Service roundabout, on the same stretch that will take less than 5 minutes on a normal day.

When News Echo roved round the city many passengers were seen trekking long distances to get to their destination. Worst hit is the Wetheral road and parts of Okigwe road. Lamenting the situation a female passenger who called herself Ifeoma Opara, stated, “when other states are getting out of the     EndSARS wahala Imo is beginning to inflict pains on her people.”

According to her, why would they block the roads when everywhere is calm? What are they afraid of? What are they hiding again. They should allow us some freedom please”, she pleaded.
When News Echo spoke with the Imo Police Public Relation Officer, CSP Orlando Ikeokwu on why there are still road blocks after relaxing the curfew and even when everywhere appears calm, he volunteered thus.

“We are trying to be proactive; we are acting on intelligence report to avert bloodshed in the state because prevention is better than cure. The areas cordoned off are where we have heavy traffic in Owerri. We will review the situation by weekend and expect that the blockade will not go beyond week.”
Meanwhile, News Echo stumbled on a viral video is making the rounds in social media showing how government officials were evacuating the state’s share of the palliatives to the government house in the early hours of the morning (2am).
An Owerri resident, who gave his name Paul Nnanna, accused the government of playing smart against Imo people “on top of which their security measure is inflicting stress on us. We have never trusted this government because they have never kept faith with their promises. How can they be hoarding food when people are dying of hunger? They can never go unpunished”, she lamented further.

The old Fire Service at Mbaise road junction where the Owerri Police Division is located is another flash point of traffic congestion. The police has since the EndSars agitation be releasing gun shots in the air occasionally obviously to scare away possible attack against the unit.

Nigerian Correctional Services (Prisons) located at the Okigwe road junction and close to the government house is one of the cordoned area. It has been generating high traffic congestion. The use of inland or artery roads to escape traffic jams has offered but little support.

Economic activities in the state have similarly taken a nose dive with epileptic and lack of banking activities. Many customers have not been able to access their funds because some banks remain shut while those who open render skeletal service and shut down after few hours.
Ikenegbu Layout branch of the Fidelity Bank closed to customers by 2pm while only one point of their ATM machine dispensed cash to customers. This brought frustration to its numerous clients who lamented inability to access funds as they traverse from one ATM point to another.

First Bank of Nigeria Wetheral road did not open for business because there were no police men according to the manager to guard the bank.
Unconfirmed reports has it that there was an attempt to attack the government house two nights ago but were warded off by soldiers on duty. There is strong suspicion that the palliative items may be cooling of there.

Other states that attacked and looted the warehouses where their palliatives were hoarded include Adamawa, Kogi, Plateau, Lagos, Ekiti, Osun, Cross River etc.

Army arrests suspects over vandalization of ATM machine in Aba