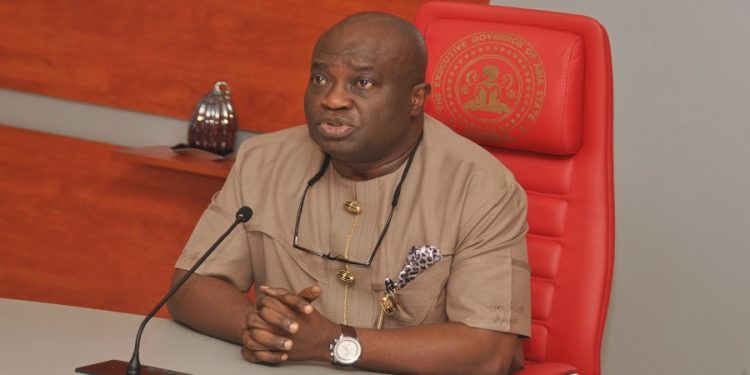 Speaking during the presentation of the budget, Ikpeazu said the State currently has two major plans – a short term plan which is the 5 pillars sectors of investment as outlined by the Administration from the very beginning and the Abia State Agenda 2050, which is a long term plan covering a period of 30 years.

He said the long term plan is at the finalization stage, being prepared with support from the Partnership Initiative for Development in the Niger Delta (PIND) and shall be forwarded to the Assembly for review and legislation soon.

“This Administration is convinced that, as challenges mount on the fiscal position of the Federation and as the global environment becomes increasingly tumultuous, long term survival will have to depend on each people’s capacity to innovate, in the building of industries and in adding value.

Ikpeazu said that Abia is already blessed with an exceptionally high proportion of people who are naturally innovative, creative, resilient and dogged.

The Governor said that he therefore sees the Government’s job in this fiscal year as basically to find means of supporting Abia people to do better what they already know how to do and are doing well.

Ikpeazu said his administration intends to support local technologies and techniques as well as leverage on the State’s areas of comparative advantage in product and service marketing.

He said he intends to focus on already enormous number of small and medium scale enterprises operating in the State and support them both to advance in their areas of advantage and create new areas of competitive advantage.

Ikpeazu said that In some instances, the Government might need to undertake fresh but critical surveys to strengthen what it already know, identify new areas and minimize the weaknesses and threats faced by businesses around the state.

He said his administration intends to harness their strengths and create new opportunities for businesses to explore for the good of all Abia people.

Ikpeazu said his administration is not leaving out any sector, people or area, as it will aim to complete all on-going capital projects before the end of the present administration.