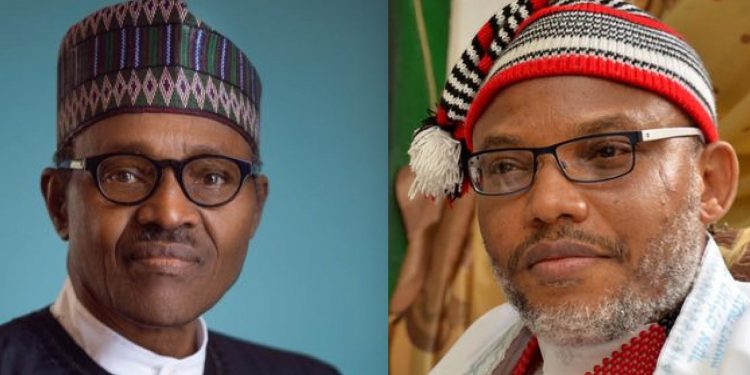 More and more support are going the side of Biafra agitators like IPOB and MASSOB as prominient Igbo leaders have given reasons the agitation is right, reasonable and alive even today.

Former Nigeria, Civil war hero, Colonel Emmanuel Nwaoboshi had earlier stated that the agitation of a Republic of Biafra should be supported by all Igbo people. He advised Ndigbo to shun the temptation of Igbo president of Nigeria in 2023. In his opinion, Nigeria cannot allow an Igbo to be the president of the country for various reasons.

Nwaboshi wondered why Ndigbo should be talking about the president of Nigeria from a people who hate them. The octogenarian asked to understand how a “people who have not allowed you to hold sensitive positions in the country allow you to rule them. How can you convince that a people who have refused to appoint you as service chiefs will now call upon you to be their president. This is unheard of. Ndigbo are too big to be deceived with such a temptation”. He called on all Igbo wards to throw their support behind Biafra.
About three months ago, Chief Emmanuel Iwuanyanwu warned that the activities of the Fulani herdsmen would break up Nigeria if the federal government did not caution them. Iwuanyanwu noted that “Unless the Fulani herdsmen are called to order, Nigeria would soon dismember (that is, making Biafra possible).

In his articulation, Dr. Douglas Anele, a don with University of Lagos who also serves as an editorial board member of most reputable Nigerian newspapers, outlined why the agitation for Biafra by IPOB and MA SSOB is justifiable. He argued that Nigeria had been quite hostile to Ndigbo since 1966. He revealed that Nigeria had worked for more than half of a century without conceeding the Igbo interests.

A journalist, Amaechi Ike, noted that the continued marginalization of Ndigbo was what had kept the Biafran spirit alive. He said a situation where in the present circumstance, no Igbo is president,
vice president, senate president, deputy senate president, speaker or deputy speaker of the federal government makes Biafra agitation real and attractive.

Of course, former governor of old Anambra State, Chief Chukwuemeka Ezeife warned that as far as Nigeria was not ready to accommodate the Igbo, so far as the agitation of will live.

Where has ‘little kindness’ gone?

Where has 'little kindness' gone?

Nobody should use being woman as excuse for failure