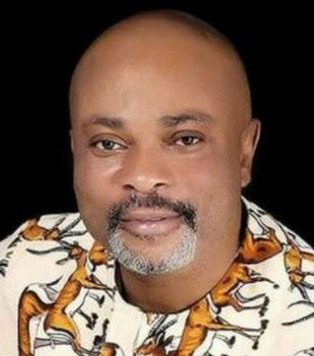 Former House of Assembly Member for Ehime Mbano State Constituency, Hon Lawman Duruji, has described the All Progressive Congress, (APC), as a toxic party, which does not believe in actual democracy, rule of law and due process.

Duruji said the recent primary election the party held for Okigwe North bye- election, which was ridden by crisis, demonstrated that the party is toxic and undemocratic, with bad leadership and anti- people ideology.

The ex- lawmaker stated this while ﬁelding questions from journalists, during the PDP primaries for Okigwe Senate bye- election, held recently, at party’s secretariat, Anara, Isiala Mbano local Government Area of Imo State.
He harped that the leadership of APC is porous and unpleasant; especially in the way it controls and inﬂuences other members who believe in actual democracy, having gone to the ﬁeld during the primaries.

Duruji, who was elected in 2015 under the platform of the APC, frowned that since the party does not believe in due process and the will of the people, many candidates had emerged for the Okigwe North bye- election billed for 31st October, 2020.

According to the ex- lawmaker, “APC is highly toxic. It is undemocratic and does not believe in due process and rule of law. Hence it did not follow democratic process in its primary election.

“APC has deep leadership crisis which is eating it up and will cause the party to fail the election. APC is not ready for the Okigwe Senatorial bye- election. The candidate it parades did not go to the ﬁeld for the primaries and people are wondering how he emerged with overwhelming votes”.

He hailed the PDP for towing democratic process in electing an acceptable candidate, Chief Emma Okewulonu, for the Okigwe Senate bye- election, saying the PDP will win the bye- election as it has respect for the people and democracy.

“PDP’s primary was very transparent because delegates were allowed to freely and fairly elect who they want to represent them at the National Assembly. Indeed, the election went successfully. Everything about the election was democratically okay. It is a win- win for an organized party as the PDP. Kudos to PDP.”
Duruji has recently rejoined the PDP with some of his supporters after the Supreme Court declared Senator Hope Uzodimma as the winner of the 2019 governorship election in Imo State.