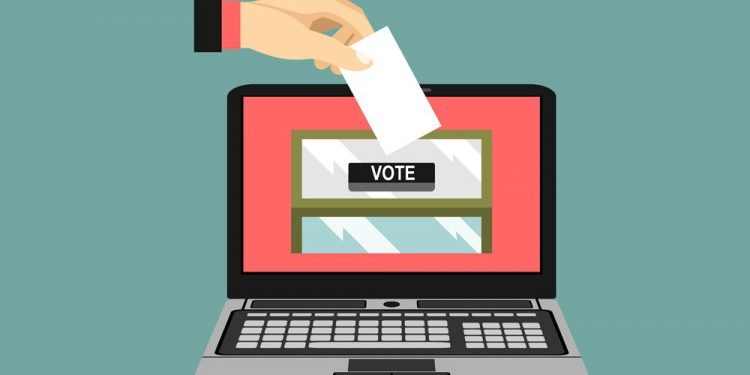 The Independent National Electoral Commission (INEC) has allayed the fears that the decision to deploy electronic machines to test run the 2021 Anambra election will not be hampered by the proposed amendment to the constitution.
INEC Director, Voter Education and Enlightenment, Festus Okoye, said that already the commission had sent a draft proposal of an amendment to the constitution to take care of electronic voting and expressed optimism that the law will be passed before the Anambra election holding next years.

Okoye, who spoke to News Echo in a telephone chat, however said that in the event the amendment was not effected before the election, “The Commission will only pilot electronic voting machines in Anambra if the law is not passed and conduct the election in accordance with the letter and spirit of the existing law.”

He added however the commission would not sit and watch as wait for the amendment as the Electoral Act 2010 (as amended) has taken care of the experiment as it provided that e-voting or any innovation the commission would deploy in the conduct of election should be determined by procedures adopted by it.

Okoye said that the commission will always be creative and innovative in the conduct of elections and at the same time not doing anything that could undermine the electoral process.

News Echo had reported the concerns of political parties and other stakeholders in the forthcoming Anambra election that the deployment of electronic voting in any election in the country would require a constitutional amendment.

However Okoye said that the commission will not sit back doing nothing while waiting for an amendment to the law, stressing that the commission has already sent its proposal for the amendment of the constitution to the National Assembly, which he hoped would be passed and assented to before the Anambra election.

Section 52(2) of the Electoral Act, 2010(as amended) provides that “voting at an election under this Act shall be in accordance with the procedure determined by the Independent National Electoral Commission “. The Commission has the power to determine the procedure for elections. However, sections 48, 49, 53, 54 and other corresponding sections still talks of ballot papers and ballot boxes.

“Based on these, the commission has made elaborate and far reaching recommendations to the National Assembly to alter provisions of the Constitution with bearing on the electoral process and to amend and re-enact the Electoral Act. We are confident that the National Assembly will amend the Electoral Act and the President will assent to it before the governorship election in Anambra State.

“It will be irresponsible for the Commission to sit back and do nothing while waiting for the law to be amended. We invited reputable companies with different electronic voting solutions for demonstration.
“We are in the process of making a determination of the one that is cost efficient, user friendly, rugged and environmentally friendly. We are determined to standardize our electoral process.

We will continue to be open and transparent in our processes. We will at all times remain within the ambit of the law.
He urged stakeholders to cooperate with the commission and promised that it will continue to conduct free, fair and safe elections in the country.