...No voice to speak for us - workers 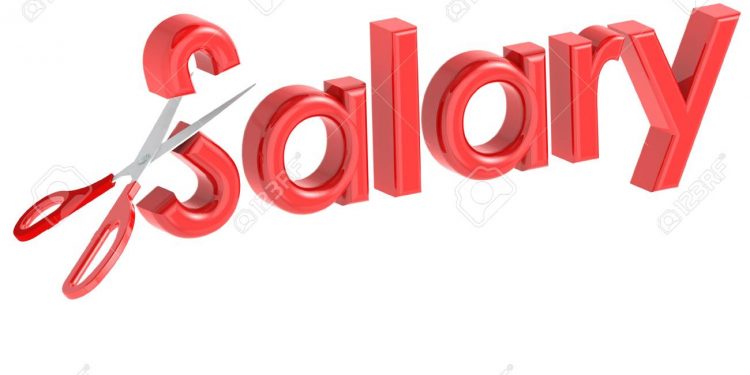 Civil servants in Imo State are once again lamenting over indiscriminate cutting of their salaries by the state government, led by Senator Hope Uzodimma.

Many workers from ministries, agencies and parastatals, who spoke to News Echo on the condition of anonymity, lamented that since the inception of the governor, it had been one problem or the other as regards their salaries and welfare.

Staff of some of the parastatals who spoke to our correspondent, said their salaries were indiscriminately cut at the early stage of this administration, while nothing has been done about it since then. They gave varying figures of what was cut from their salaries, ranging from; N3000 to N35,000.

Some of them said they were made to fill some forms to notify the government about the development (cut of their salaries) which they did and after many months, nothing has happened.

They said they were shocked to their marrows that, while waiting for what was deductions from their salaries to be restored, another wave of indiscriminate cut in their salaries was carried out by government when the salary for the month of November was paid.

They said their greatest shock arose from the fact that the second wave of salary cutting was carried out towards the Christmas period when government and corporate entities all over the world consider various stimulus packages like; increment in their workers’ salaries, bonuses, allowances and even what some tag “the thirteenth month, which means giving their workers extra full salary to enable them have blissful Christmas celebration.

According to our sources, to make matters worse, no information was given to them from any quarters as for the reason for the cut in their salaries.

They said the leadership of the Nigerian Labour Congress (NLC), Imo State chapter which is supposed to be the mouthpiece and advocate of the workers has remained dumb in the face of the numerous injustices meted on the workers of Imo State by the present government.

She said the situation has now dumbfounded most staff of the house of assembly.
A staff of Imo Broadcasting Corporation (IBC), Orient FM and TV, also speaking anonymously said the amount her salary was N12,000 in the first time and for the second time, N2,000.

Some core civil servants in the state, who were not affected by initial salary cuts, were however affected in the present one. A staff of the state government house complained that her salary was reduced by N2,000 and some fractions.

Interactions with these dejected workers of Imo State showed clearly that they have lost hope in the leadership of the Nigerian Labour Congress, Imo State chapter. They said the union has not been seen to be doing anything to remedy the plight of the workers in the face of apparent unfriendly labour policies of the state government.

According to them, the chairman of the congress and his executive members, at a point in time, became the spokespersons of the governor, justifying all his atrocious actions against the workers.
When contacted over the issues, the Chairman, Nigerian Labour Congress, Imo State, Comrade Austin Chilakpu said the issue of cutting of worker’s salaries has become an old story. He said the union had engaged government severally over the issue but it (the state government) has remained adamant.

However on getting to the secretariat, the secretary was not net on seat and when contacted, he sarcastically told our correspondent that the chairman couldn’t have told him to come for the document and when asked reason for his statement, he said because they just finished the meeting and the document was not ready.

Efforts to get government position from the state Commissioner for Information, Declan Emelumba, proved abortive, as several calls to his cell phone was not taken.