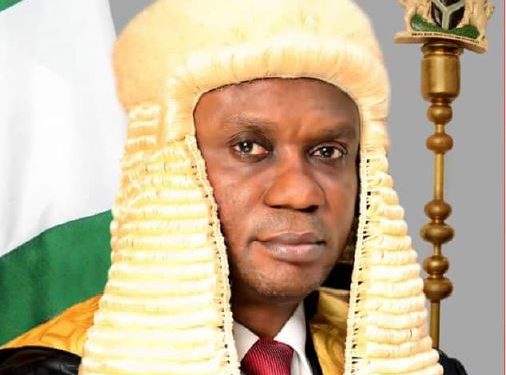 The Speaker of Abia House of Assembly, Hon Chinedum Orji has directed the dissolution of all House standing committees with immediate effect.

Consequently, all the House standing committees are hereby dissolved forthwith”. The release went on to point out that new committees would be constituted in due course.

Meanwhile, the Speaker has eulogised the late Mrs Clarice Aguocha, the mother of Sir Obinna Aguocha, the President General of Ohuhu Welfare Union(OWU).

The Speaker poured encomiums on Okayiuga Nkwoegwu, Ohuhu, Umuahia North during the burial of the President General’s mother at Okayiuga. He described the late Matriarch as a great achiever, whose legacies would always guide as a mirror, while urging the living to emulate her.