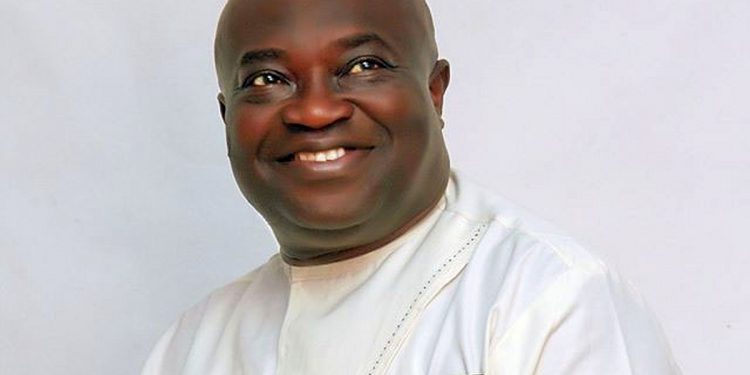 Abia State governor, Dr. Okezie Ikpeazu, has been urged by residents of Aba, the commercial nerve centre of the state to fulfill his promise of speeding up works on some ongoing road projects as soon as the rain abates.
News Echo went on a city tour of ongoing road projects and so many abandoned/dilapidated roads and reports that many residents are afraid that the government may likely waste another dry season before the rains begin by next year.

On a trip to Ohanku, Obohia, Port Harcourt, Ngwa, Cemetery and Omuma roads, News Echo discovered mostly waterlogged and dusty neighbourhood with zero attention to the dilapidated roads.
Residents of Osusu and Eziukwu roads told our reporter that they were hoping that the dry season will herald speedy construction of roads as the governor promised.

The residents whose faces show that of disappointment and gloom said they are still shocked to see either total abandonment of works by contractors or works moving on a snail speed.
Sampson Ugochuckwu, a resident of Osusu Road lamented that the contractor handling the road absconded after laying the cement based pavement which is currently getting bad without asphalting of
Lazarus Obiakor described the condition of the Aba-Port Harcourt Road and other ongoing projects as horrific and challenged journalists to tell people outside Abia the reality on ground.

“Whatever politics touches, it destroys. It’s shocking that even journalists aren’t telling truth. I wish your colleagues can come here as you did and see with their eyes. We’re suffering.

“We claim we know God, but we don’t know how to keep His commandments. We have really baptized sin that we don’t know that neglect of one’s duty is a sin. Those who will see bad road and report it to be good road are committing sin.

“When Gov. Ikpeazu said he will speed up construction as the rain abates, many papers published it. They forgot to tell people that he has been saying the same thing for over five years now. Why can’t they ask him what he did with 2015-2019 dry seasons? What’s special about 2020 dry season?
“The rain abated for five years now and Aba-Owerri Road is still under construction since five years. The rain has been abating since five years and Port Harcourt is yet to have its drainage properly completed not to talk of any other thing”, he submitted.

Amaeze Orjiakor, a resident of Eziukwu by Ehi Road said new drainage at Eziukwu Road was stopped in a location that is worst threatened by the perennial flood that has eaten up the area.
A resident of Obohia Road, Ukachukwu Ekpendu, also lamented the deplorable nature of the road.

“We have heard Governor Ikpeazu say that he’s not in a hurry to complete his projects because he wants to take it easy and deliver quality projects. My question is, why haven’t anyone asked him what happened at Faulks Road? Why did Faulks Road fail in just seven months after completion before they did another work on it? They’re not serious here.

“So, we expect you people to tell the world the whole truth. Nothing is happening in Abia. Go to Osisioma Flyover and see what’s happening there. It’s becoming a mockery to our state that we can’t complete a single flyover for five years now. For me, I’ll want you as a journalist to write and remind our governor that dry season is here again”, he stated.