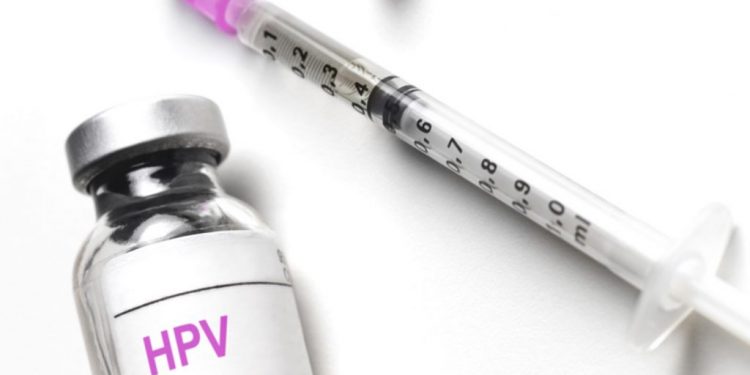 As Nigerians look towards the launch of the Global Strategy towards the Elimination of Cervical Cancer scheduled for the week, the country as a co-sponsor of this critical initiative must be at the forefront of implementing prescribed approaches to control and eventually eliminate cervical cancer.

Cancer of the cervix, or cervical cancer, is primarily caused by the Human Papilloma Virus. It is the second most common cancer among women in Nigeria. It is one disease that acutely reflects the disturbing reality of global inequality – 85 per cent of victims and 90 per cent of deaths are to be found in low- and middle-income countries.

Nigeria has a population of 50.33 million women aged 15 years and older who are at risk of developing cervical cancer. Current estimates indicate that every year, 14,943 women are diagnosed with cervical cancer and 10,403 die from the disease. And we are seeing the numbers increase by the day.

Yet, it is a preventable form of cancer – the HPV vaccine, administered to young girls prior to the onset of sexual activity, demonstrably confers protection against 90 per cent of the strains of HPV that cause cervical cancer.

It is hard to believe that this vaccine has existed since 2006, and that since 2007 HPV vaccination has been part of the routine immunization programme in most high-income countries around the world. More than 100 million young girls have received the HPV vaccine since then, 95 per cent of them in high income countries.

Unfortunately, Nigeria, Africa’s most populous country, has yet to make the HPV vaccine a part of its routine immunisation strategy, unlike a dozen other African countries.

This situation needs to be remedied with ambition and urgency. And there is no better time than now, on the back of the remarkable milestone of wild polio eradication in Nigeria (and by extension Africa), in August 2020.

Indeed, like smallpox several decades ago, and polio, just now, experts believe that cervical cancer can be eradicated someday, through a consistent and far-reaching vaccination programme. But we need to start it as soon as possible. There are an estimated 15 million Nigerian girls between the ages of nine and 14, all of whom need to be reached.

The Nigerian government has set out January 2021 for the commencement of a HPV vaccination campaign, starting in three pilot states, and is mobilising the funding and support required for this. However, there are several things that need to be in place to guarantee the success of the rollout.

Local and international partnerships are one. They helped us defeat the Wild Polio Virus, kept the campaign going even in the face of numerous setbacks and slowdowns.

The WHO global strategy emphasises this, calling for coordinated action among a wide range of partners: member countries, GAVI, the Global Fund, UNITAID, UICC, the World Bank, and private manufacturers of vaccines and drugs, among others.

Funding is another key element, the most critical in fact. Government at all levels in Nigeria must take very seriously the pledge to make funding available for the implementation of a national HPV vaccination programme. Fortunately, the cost of the vaccine has dropped considerably, from a high of around $100 per dose, to as low as $4.50 per dose today, thanks to the efforts of GAVI.

GAVI recently announced that five vaccine manufacturers are committing to prioritising and increasing production and supply of the HPV vaccine to eligible countries over the next few years. If these commitments are adhered to, up to 84 million girls would potentially be able to get the life-saving vaccine.

This is where the situation gets problematic for a country like Nigeria – we are no longer classified as a GAVI eligible country. GAVI determines eligibility based on per capita Gross National Income – only countries with a per capita income of less than $1,580 are eligible to benefit from GAVI support.

Nigeria, with a per capita GNI of $433.449bn in December 2019, is therefore not eligible, on account of a theoretical metric that does not account for the fact that we have one of the largest populations of poor and vulnerable people in the world.

We are, by virtue of this classification, part of a group of countries aptly described as the “missing middle” – unable to afford negotiated vaccine prices yet ineligible for funding support. Even at $4.50 per dose, the HPV vaccine remains unaffordable and unsustainable for us, without international funding support.

The existing scenario of stretched health budgets has been further complicated by the emergence of COVID-19. In Kenya, 400,000 girls missed their vaccinations due to school closures and COVID-19 precautionary measures.

It is therefore imperative for global partners to commit to assisting countries like Nigeria, which are no longer eligible for subsidies, to access even lower vaccine prices, and strategic funding arrangements that can help minimise the cost burdens. Without these, the chances of attaining the 2030 goals of the WHO strategy will remain very slim.

More tragically, tens of thousands of young girls will be condemned to a future darkened by the prospects of a preventable cancer, in countries where the fragility of health systems often turns a diagnosis into a death sentence.

Success is clearly possible. We can see that from the case of Rwanda, a low-income country now in the ninth year of its own programme, and on course to becoming the first country in the world to eliminate cervical cancer. This success has been made possible on the back of extremely low pricing for the HPV vaccines, negotiated at a time when companies were keen to demonstrate to GAVI that it was feasible to roll out HPV vaccination in the developing world.

African leaders must step up and borrow a page from the Pan American Health Organisation, which created a Fund that allows GAVI-ineligible Latin American and Caribbean countries access HPV vaccines, and also helps guarantee inexpensive pricing through strategies such as pooled procurement.
Organisations like the African Development Bank must also join in this urgent and important fight against cervical cancer and expand their support for the health of women and girls alongside their public infrastructure programmes.

As things stand, Nigeria must not miss its January 2021 commencement target. In Nigeria, total female population reported at 49.33 % in 2019 with girls aged between nine and 14 forming the larger proportion. As with polio, there will be little chance of stamping out cervical cancer in Africa without stamping it out in Nigeria. The countdown has started.

Dr. Shinkafi-Bagudu is the First Lady of Kebbi State and founder and CEO of Medicaid Cancer Foundation and a Board Member of the Union for International Cancer Control.