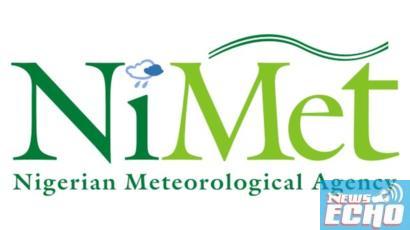 “To be forewarned is to be fore-equipped. It will be of great judgement to apply this information and data as the season unfolds” – Minister of Aviation, Senator Hadi Sirika
In fulfilment of its statutory responsibility to advise the government and people of Nigeria on all aspects of weather and climate, the Nigerian Meteorological Agency, since its inception in 2003, has remained on a trajectory of innovative evolution that has responded to the environmental exigencies of the day. Hence, as we battle with the reality of a changing climate, with 2021 being designated by the World Meteorological Organisation as one of the seventh warmest years on record, there are heart-warming signs on the nation’s ecological calendar path which shall guarantee our resilience so as not to slide off the precipice.

This year saw even a brighter hue in the national climate story. On Tuesday, in Abuja, NiMet presented its Seasonal Climate Prediction to the nation, with the theme, “Strengthening Climate Actions through Timely and Impact-based Climate Prediction for Economic Recovery.” In one of the additions that defined this year, the Director-General and Chief Executive Officer of NiMet, Professor Mansur Bako Matazu, had earlier in the year, brought together and educated relevant stakeholders on the SCP as a prelude to the public presentation thereby enabling their capacity as co-producers of the SCP to unlock effective understanding and efficient utilisation of the climate products.

The Seasonal Climate Prediction falls under the category of NiMet’s long-term forecasts in contrast to its weather forecasts that range from nowcasting to short and medium forecasts. The SCP contains information on the onset and cessation dates of the cropping season; length of the growing period; rainfall amount; temperature forecasts for the hot season (January to April); dry spell and little dry season; malaria and meningitis vigilance, and socio-economic implications of the predictions.

According to the 2022 SCP, the earliest onset of the planting season is expected to begin by February 28 in the coastal parts of the country, while the onset of rainfall is expected to commence between April and May in the central states, and eventually within June to July in the northern states. The onset of the planting season is predicted to be normal over most parts of Nigeria with a few areas having it earlier while some areas having it delayed. The document predicted rainfall cessation dates across most parts of the country in 2022 to be near the long-term average conditions.

The NiMet also anticipated that the gap between the onset and cessation dates would be regarded as safe periods for the planting of various crops in accordance with their cropping calendars. It anticipated the growing season to last between 250 to 300 days in southern parts of the country, 100 to 200 days in the North. According to the report, the areas around Kwara, Oyo, Lagos, Nasarawa, Benue, Bayelsa and Rivers states are likely to experience a shorter than normal length of the growing season. It then forecast prolonged length of the growing season in parts of Plateau, Kaduna, Edo, and Imo states.

Other states envisaged by NiMet to have total rainfall include Nasarawa, Taraba, Kogi, Benue, FCT, Ekiti, Osun and Oyo with records of 1,190 mm to 1,590 mm. It, however, forecast dry spells from May to August, noting that moderate dry spells would persist for 15 days in Adamawa, Benue, Kogi, Ekiti, Kwara, Niger, FCT, Kaduna, Sokoto, Kebbi and Gombe. Other areas to be affected include parts of Kebbi, Katsina, Jigawa, Yobe, Borno, while Nasarawa and Plateau states are to experience a severe dry spell for 20 days or longer.

Meanwhile, the most audacious part of this year’s SCP is the presentation of the SCP Mobile App by the NiMet “techie team” staff. It is a pointer that Nigeria has come of age in the fight against climate change. With a procedure as easy as downloading the app on one’s smartphone, such critical information as a location-specific four months of forecast of daytime and night-time of temperature; onset, cessation and amount of rainfall, will be given to the user just for a token (for tech maintenance).

What is more, a malaria and meningitis advisory, delivered to the app user in real-time, also helps the nation to map the environmental health implication of the climate change menace, where mosquito breeding is enabled and extreme heat ignited.

Furthermore, the SCP presentation saw another value addition in NiMet’s downscaling efforts among the rural farmers, with the publication of the SCP document in three indigenous Nigerian languages—Hausa, Igbo and Yoruba. This was equally demonstrated at the Abuja event with the multi-ethnic presentation of the delegation representing the 60,000 lead farmers trained by the NiMet in the use of weather and climate information for agrarian activities.

The testimonies came from an FCT, Abuja (Gbagyi) woman farmer; a Jigawa (Hausa) farmer; an Imo (Igbo) woman farmer (who narrated in her native tongue how out-of-school children are now going back to their classes because their parents are now using climate information to rake in huge yields in their vegetable farms), and an Oyo (Yoruba) farmer, who announced the reversal of fortune for farmers who had run into debt as a result of bad harvests caused by unpredictable weather patterns, but now rescued by accurate climate-smart agriculture.

Indeed, as the country survives the impact of the COVID-19 pandemic, and as we still grapple with insecurity, there is no better time than now to embrace the ever-expanding reach of the NiMet’s SCP in our society. And as disastrous weather and climate events continue to intensify, bringing hardship to the hapless populace and straining the already stressed economy, this is not the time to walk blindly into the future. By the middle of this year, it would be exactly ten years since Nigeria came face to face with a climate disaster of epic proportions. The question, then, would be how resilient are we a decade down the line – or are we still as vulnerable as we were ten years ago?

The information and advisory contained in the SCP are, no doubt, crucial to both the government and other stakeholders in all the sectors. Fortunately, they are accompanied by sector-specific resources like the “State of the Climate in Nigeria” 2021 and the “Executive Summary for Policy Makers,” which are specifically designed to assist policymakers— ministers, governors, legislators, executives of weather and climate-related Ministries, Departments and Agencies, and other public and private organisations— to make informed decisions that will minimise or prevent weather disaster risks and enhance socio-economic production and growth in 2022. In other words, our “climate” destiny is now in our own hands and we can decide how Nigeria’s ecological future would be.

I’m one of the best