Kidnapped Katsina students Does Nigeria still have a president? 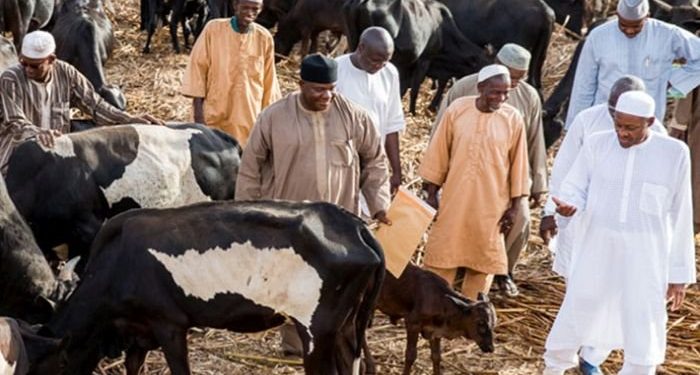 A video, which went viral, showing President Muhammadu Buhari visiting his cows in his farmland in Daura, Katsina State, hours after 330 boys of Government Secondary School, Kankara, in Katsina State, were abducted by members of the dreaded Islami Sect, Boko Haram, has elicited resentment from several quarters.

Hundreds of students of the school were abducted by gunmen around 11pm on Friday, but Governor Aminu Masari said that the school is yet to account for 330 students. But a national daily, (not News Echo) that visited the school was told that more than 600 students were abducted.

However in a video posted on social media on Monday by Sahara Reporters with the timeline December 12, 2020, Buhari was seen with his aides touring his ranch instead of taking a visit to the school or going to commiserate with grieving parents.

The video comes barely a day after Buhari, who is also in Katsina State, failed to visit the school and rather sent a delegation from Abuja to visit the school and sympathise with the families of the victims.
Sahara Reporters Publisher, Omoyele Sowore, who posted the video, said it was obvious that Buhari was not competent and it was time for him to abdicate the seat.

“600 Students got kidnapped in Katsina and he ignored them; instead the lifeless president went to visit his cows! The moment we get it that the Buhari regime can’t be redeemed, we will come to the inevitable conclusion that #Buharimustgo,” Sowore tweeted.

Another Tweeter user, @TFatombi, tweeted, “Cows with benefits. 600 lives meant nothing to him.”
Also @AdemolaAgunbia3 tweeted, “Where a man’s treasure is, that’s where his heart is.”
Northern leaders have also expressed angst and disappointment over the president’s preference to his cows instead of lives of its citizens.

The Chairman of Arewa Christians and Indigenous Pastors Association (ACIPA), Rev. Shehu Luka, described the visit as shameful and disgraceful, stressing that Nigeria has become a laughing stock in the comity of nations.

Speaking with our correspondent in an interview, Luka said, it was unfortunate that the president who was a general and a former military head of state could be so insensitive to the lives of Nigerian citizens, preferring cows.

He said, “The president has no reason to visit his cows at a time Nigerians were grieving over the abduction of hundreds of students. It stands to reason how a human being would value the life of a cow to that of human beings
“We read the other day when his spokesman said that the farmers that were killed in Zamfara State did not seek the permission of the military to visit their farms. The North-West has become a dangerous ground just like the North-East.

“We as Northerners should now be ashamed how our leaders ganged up to remove former President Goodluck Jonathan and having a complacent, indocile leader who has no regard for human life. Basically, we have become a laughing stock of developed countries.

“If the senators cannot impeach Buhari who shunned their invitation, then they have no reason to be there. I hope that this will give the APC government a strong reason to sack the service chiefs.

Another northern leader, who spoke anonymously, said Nigeria does not have a president anymore.
He said, “The man is simply something else. We don’t have a president anymore. I just don’t know how his mind works. How can a human being be visiting cattle at a time hundreds of youth were abducted from his backyard? To him, human lives have no value”

The northern leader, who made allusion to the attack on Arewa, said, ‘We are not safe in the North. Every perceived enemy of Buhari is a subject of attack. Look at how a common meeting was aborted at Arewa House’.

Metaphors of democracy, the fourth republic and poverty