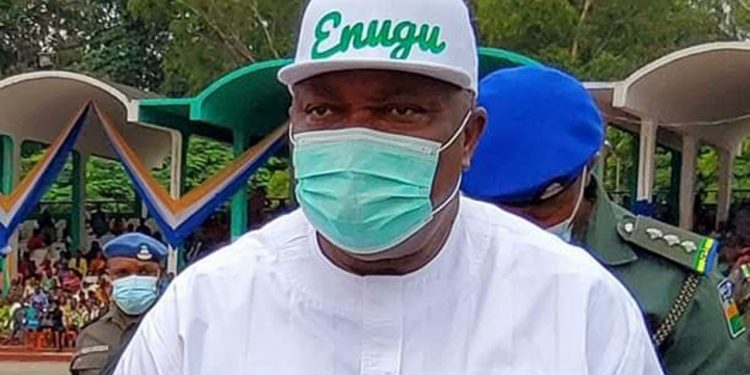 Former Deputy President of the Senate and Governorship Aspirant in Enugu State, Ike Ekweremadu, at the weekend shunned a meeting of gubernatorial aspirants held to sign a Memorandum of Understanding (MoU) to accept any aspirant among them whom Governor Ifeanyi Ugwuanyi will choose as his successor.

Also absent in the peace accord meeting was the former Vice Chancellor of Michael Okpara University of Agriculture, Umudike, Professor Hilary Edeoga.

Reason for the absence of Professor Edeoga was not ascertained as at press time but it was gathered that supporters of Senator Ekweremadu and the loyalists of Governor Ugwuanyi had been on dagger drawn over the choice of who becomes the flag-bearer of the Peoples Democratic Party (PDP) in May 28 primary of the party.

While loyalists of the incumbent (Governor Ugwuanyi) are insisting on rotation, advancing the course of Enugu East Senatorial Zone to produce the next governor, Ekweremadu ‘s faithful are halting the zoning system, calling on the leadership of the party to throw the contest open to allow the best candidate to emerge.

Following the PDP ward parallel congress impasse in the state, both Governor Ugwuanyi and Senator Ekweremadu camps had gone to Court to authenticate the list of the 3-man ad-hoc delegates of the party in the state.

News Echo Correspondent, however, learnt that fifteen out of sixteen PDP governorship aspirants from Enugu East Senatorial district have signed MoU to accept, without hesitation, any one among them whom Governor Ifeanyi Ugwuanyi chooses to become the candidate of the party in the May 28 governorship primary election of the party for the 2023 general election.

The 15 candidates are all from Enugu East Senatorial District and they entered into a peaceful accord before the Enugu East Traditional Rulers council led by its Chairman, HRH Igwe Julius Nnaji the Odezuluigbo II of Nike, on Saturday.

In the MoU, the aspirants also agreed not to drag the fallout of the Governor Ugwuanyi’s choice and the primary election to any court of law, agreeing also, that those not favoured by the choice would be carried along in the new government to be formed in 2023.

Part of of the MoU reads: “In a determined effort to sustain the peaceful political environment fostered by the consultative administrative style of His Excellency Rt.Hon. Ifeanyi Ugwuanyi and to ensure a sustained brotherly and fraternal political zone both before and after the PDP governorship primaries, we, the governorship aspirants from the Enugu–East Senatorial Zone, hereby collectively and individually commit to the following:

“A campaign devoid of rancour and animosity, devoid of blackmail, sabotage, hate speech, and any other act(s) capable of sowing discord and negatively impacting the cohesion, peace, and unity of Enugu–East Senatorial Zone and Enugu State in general.

“A peaceful campaign that ensures every candidate and his supporters are accommodated within the structure of whoever wins the primary nomination; Peaceful primaries devoid of violence and other acts that could compromise the peace and security of the Enugu–East Senatorial Zone and the entire Enugu State.

“A compromise on matters that will promote unity, law, and order during the campaign and election period; Respect for the Governor of Enugu State and acceptance of his choice of a candidate from this group in the best interests of the Enugu–East Senatorial Zone and Enugu State at large.

“The avoidance of litigation as a result of the primaries’ conduct, regardless of who ultimately wins; The eventual integration and accommodation of all aspirant interests in any government led by a victorious aspirant from the Enugu–East Senatorial Zone.”