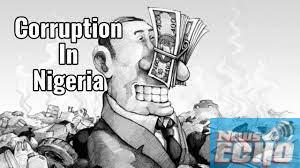 Chief Michael Adekunle Ajasin sat his sartorial self at the front pew of our St Andrews Cathedral Church in Owo, ten years after his exit as first civilian governor of my state. Again, he had on him his signature white cotton agbada. There subsists true or fabled stories of how he left the Alagbaka government house, Akure, in 1983, with the same set or numbers of clothes he came with in 1979. However, the one l saw on him that Sunday must have left his tailor’s factory at least a decade before. l didn’t need to be told the ex governor was not a rich man. He wasn’t poor neither. But he died a contented man in 1997.

Contentment is the grace to stand up from the dining table and look away from the food tray when your belly is full. But the Nigerian public official, although filled and belching with excess, would still hide stolen meat within the corners of his mouth at a dinner, stuff fried rice into his socks, and try to shuffle moin-moin into his shoes. Madness you say. But who else would steal 80 billion Naira except a mad fellow.

I am no longer numbed at the numbers stolen in Nigeria, but I am terribly saddened by the titles of the armed robbers. Kemebradikumo Pondei, that dramatic NDDC acting managing director that fainted in court was a professor of medicine. A man trained to build, repair and even possibly manufacture life. Yet, he too got to table, and scooped jollof rice into his boxers.

Do you know who Diezani Alison-Madueke was? No you don’t. When ladies her age were wishing and praying to be admitted to Shell Petroleum as typists or tea girls, she was already on the board of the company as an executive director. God gave her the bigger privilege of marrying Allison Madueke, a naval officer and former military governor of two states. She was a trained architect who transformed to become Nigeria’s first female petroleum minister. Yet, despite these privileges, Diezani stole our barbequed fish and roasted yams, and hid them in her bra. Like a mad woman.

You recollect that Jamb/NECO ex registrar, Dibu Ojerinde, that professor, the one that stole almost a billion. Just go through his CV, he had been eating from one educational agency to another nonstop since the military era. But at almost 70, a grandpa, he comes from detention facility and goes to court to defend him for stealing monies he would never need. At 70, a man is nearer my God to thee…, but in Nigeria, a 74 year old minister would steal to buy a plot of land to build a new mansion. His sepulchre of course.

Our leaders make you puke at your credentials and certificates. lf medical doctors, senior advocate of Nigeria, doctors of philosophy, and professors would be this bestial and mad, you wonder to what purpose is our education. They say people steal government funds because they fear to fall into the poverty trap. But how do you explain a Uzor Kalu, Rochas Okorocha who rode on private billions before politics and still stole the community goats and chickens. Or Lucky Igbinedion, former governor of Edo state, who had a golden spoon in his mouth, and nevertheless seized the feeding bottles of milk from the mouths of Edo babies.

A billion has nine zeros. With ₦80 billion you can build a brand new town, local government area, of 15, 000 low cost housing units complete with roads, schools, hospitals. ₦80b billion would build a new ten – faculty university, that can accommodate 20,000 undergraduates and graduate students. But an accountant allegedly stole such staggering sum. A fellow of ICAN. A distinguished member of a privileged elite group. Who else should know the cost implication of fraud better than a chartered accountant?

See, the almajirai, area boys, mc oluomo, and their likes are not the main threat to this beautiful country. The elite are. The directors, permanent secretary, vice chancellors, ceo, solicitor generals, senators, governors are the ones bleeding us. Not bandits, boko haram, or ipob. The elite are the ones bombing and destroying the social architecture of our nation with their unbridled hedonism. They think the stolen billions would enamour them to the dangers ahead. “But stolen melons are the sweetest…they don’t know the former guests are now citizens of hell”. Everyone is victim.

Having broken the social ligaments that hold our nation together, by stealing monies meant for education, healthcare and infrastructure, the elite have rendered Nigeria a classless nation. Billionaires are now stolen, emirs are kidnapped, and attempts had been made in recent past to abduct a serving governor. The the elite had sowed wild thorns, the harvest is fully here. Politicians steal in Japan, and senators thief in America. A $50,000 bribe. A golden watch. Or a misappropriated flight ticket or inflated hotel bills. But in Nigeria, our leaders don’t embezzle, they haul. Why? Because they are mad.

Our political elite, despite their jejune certificates, lack the intellectual capacity to solve our economic problems, and worse, they lack the contemplation of the right philosophy of public service, They aren’t kingly, neither are they philosophic. But leaders are made to live for God, and their existence is for society’s sake. We are to use our gifts, spend our grace, and deploy our earthly term and years, to serve community, society, country and mankind. No man living personally needs a billion. What for? Dangote, Buhari, Otedola, Elumelu cannot spend fifteen thousand naira daily on Nigerian foods or meals.

If they do, they would die sooner than their time. You would too. Because, God didn’t create us to be excessive. Every extra gift, talent, grace, money and wealth we have, is not totally for us. But for society and state. We are to give, give and give, for state, humanity and posterity. Although nature and law permit an optimal material rewards and compensation for our efforts. That is why the Accountant General of Federation, Governor, Senator is well renumerated above others, so he won’t run mad and go about stealing.

But all is not sad. Like Chief Micheal Adekunle Ajasin, there are a few saints in this city of sin. There are good examples despite the rot. Oby Ezekwesili was former minister of solid minerals, and education. I have sat across her a few times. She does not have the look nor the body scent of a thief. Ngozi Okonjo-Iweala handled our billions of dollars at the time Nigeria was awash with much. Her hands are not hypo clean. But she didn’t haul our billions into her truck. If she had, no one would call her higher into WTO. Therefore, in this city, not all are crazy.