2023: Vote a leader with character that can rescue Nigeria – NIM canvasses 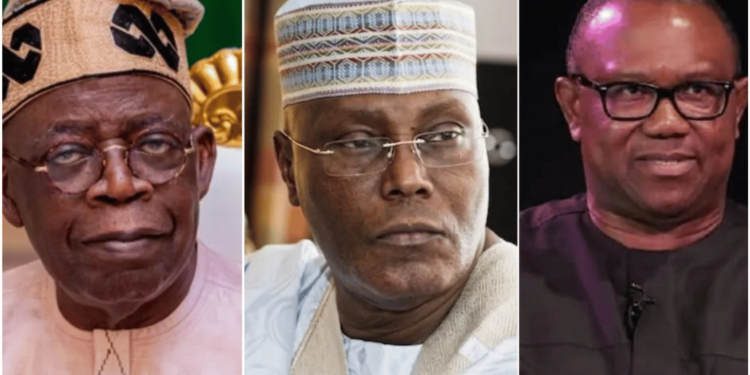 Ahead of the 2023 general election, speakers at the year 2022 Summit organized by the Nigeria Institute of Management (NIM),have canvassed the need for the electorate to elect a credible, courageous, detribalized, and ideal leader with the vision and character that inspire confidence. They said that such a leader should have the ability to get the country out of the current problems of insecurity, massive unemployment, poverty, high inflation, corruption and other socio-economic and political vices come 2023.

The speakers stated this at the two day 2022 South East Summit held in Awka, the Anambra state capital, last weekend. Professor Benjamin Osisioma, the guest speaker in his paper ’Leadership and Nigeria’s quest for Prosperity, Challenges and Blueprint,’ flayed Nigerian leaders for failure to steer the ship of state in the right direction due to brazen influence and display of ethnicity, religious bigotry and corruption. He noted that, “In the early days of politics in Nigeria, ethnicity was not a critical factor. In the early 1950s, Nnamdi Azikiwe led the NCNC (originally, National Council of Nigeria and the Cameroons, and later, National Council of Nigerian Citizens) won the status of a majority party in Western region.” He observed that the early political fathers of the nation employed the principles of compromise, negotiation and accommodation to ease the tension in the land.

Prof. Osisioma who was represented by his wife, Prof. (Mrs.) Hilda Osisioma pointed out that, “It took the divisive tactics of Chief Obafemi Awolowo of the Action Group, to upstage the NCNC rout. Those were the days when a northern chieftain was elected Mayor of Enugu, and Zik’s newspaper publications were read all through the Nigerian nation.” He argued that, “The nationalists were well aware of our differences-the multi-ethnic complexion of our federal arrangement, the plural mosaic of our religious and cultural diversities. They were not blind to these differences. But they were convinced that Nigeria could rise beyond these inhibiting factors to forge one united nation.” Osisioma posited that, “Only equity, fairness and natural justice in the allocation of the nation’s abundant resources, will enable the land and her people embrace peace.” “The giant of Africa is thus proving the point that possessing mere potentials seem to be inadequate for transformation to greatness.

Good leadership is critical as it provides the required governance that can exploit all the potentials for the good of the citizenry. “Today, the number of Nigeriens living below the poverty line has fallen to 40%, from 48% a decade ago. “The Fragile State Index measures vulnerability of States whose central government is so weak or ineffective that it has little practical control over much of its territory; non- provision of public services; widespread corruption and criminality; refugees and involuntary movement of populations; and sharp economic decline.” “The 2022 Index surveyed a total of 179 countries. Nigeria placed number 16 with a score of 97.2; the least fragile country is Finland, with a score of15.1.

The signs point 7 dangerously to the fact that Nigeria is fast becoming almost a failed State.” “Also, the Global Misery Index (GMI) also delivers a few jabs at the Nigerian economy with the country flowing from a potentially prosperous haven, to a “mutating into a place of excruciating misery. “High level of poverty in the polity, with its spin-off effects in poor capital formation and high unemployment; and unabating scourge of corruption in public and private life; and absence of security-not just in terms of robbery and kidnapping, but also in mindless violence that threatens national development.” The guest speaker said that a nation’s policy choice is a strong indication of its willingness or otherwise to engender growth and development. “Growth becomes irreversible when it is institutionalized and built into the enduring fabric of the national life. Demographic dividend could be the critical factor in defining a nation’s growth path.

Every economy that buys into the need for growth and development must unleash the spirit of enterprise in the youths, while a people’s values, ethos, norms and work ethics are critical in awakening a hunger for development in the people. “Without doubt, inequality, poverty, joblessness and economic hardship are rapidly conflating to make Nigeria a non-livable contraption.” He said that led by all tiers of government, all hands should be on the deck to stem the decline.” Today, Nigerians would excuse political rascality, extremism and bare-faced thievery if it came from a favoured tribe or ethnic group. However, religion is a highly emotive issue in every polity; and when ethnicity melts into religious bigotry, the product is a highly inflammable and combustible alchemy.

The President/chairman of council of the Institute, Major Gen. Abdulahi Muraina (rtd) who was represented by the Deputy President, Dr. Christiana Atako, harped on the importance of practical approach in moving the programmes of the body beyond its current status. He said grassroots approach must be taken towards redeeming the giant that has been reduced a Lilliputian, in order to leave legacies for the future generation even as he called for patience in efforts at rebuilding the nation.

Earlier, Chairman of the NIM in the South East zone, Chief Gabriel Obasi decried the challenges posed by the Covid-19 pandemic which almost killed activities of the zone, the nation’s insecurity, especially, in the geo political zone that slowed down the 2020/2021 summit of the zone. He also frowned at other challenges like the poor funding of the education sector by all tiers of government among other things which he said had made effective running of all profession institutes very difficult and curtailed the activities of the Institute in the zone. Highpoint of the summit was decoration of awardees including the former Vice Chancellor of the Federal University of Technology (FUTO), Professor Jude Njoku, VC of the Nnamdi Azikiwe University (Unizik) Awka, Prof. Charles Esimone and others.