... As Soludo, Okowa Ukiwe, others pay tribute to Late Zik of Africa 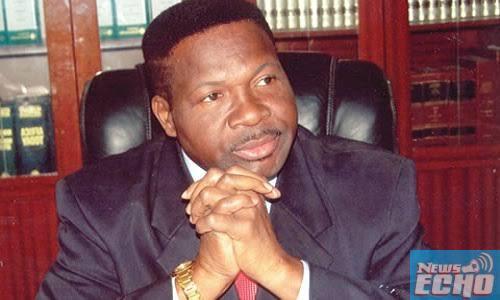 Foremost constitutional Lawyer and Human Rights Activist, Chief (Dr.) Mike Ozekhome SAN has called for the immediate release of the detained leader of Indigenous People of Biafra (IPOB), Mazi Nnamdi Kanu, insisting that his protracted detention would further aggravate the insecurity in the southeast region.

Ozekhome who was speaking as the guest lecturer during the 11th Zik Lecture Series held at Nnamdi Azikiwe University Awka on 16th Nov, with the theme “Nigeria in the throes of Insecurity Towards 2023: any Panacea?”, said “Nnamdi Kanu is not a separatist, he is fighting a self determination course which is globally recognized.

IPOB didn’t start the violence. It was peaceful until September 14 when the Nigerian Army known as the “Operation Python Dance” invaded Kanu’s home.

“Mazi Kanu lost his parents and over 20 lives were lost in the tragic incidence.” “Let me seize this opportunity to beg Mr. President, on bended knees, without prejudice, to release Nnamdi Kanu. We’re not saying he should subvert justice. What will bring peace to the region is not his continued detention,” he added. Tracing the history behind Nigeria as a Country, described it as an artificial amalgamation of people who were not consulted, emphasizing that the indices that guarantee unity must be nurtured and respected. He noted that the perceived indivisibility of Nigeria is out of place and regretted that successive leaderships had taken the nation’s unity, indivisibility for granted, stating that the Nigerian problem is of leadership and followership.

He stressed that Boko Haram and others including forms of self determination are mere symptoms of insecurity as against the root challenges which are social, educational, family among others.

Among other things, Dr. Ozekhome suggested that the Nation should consider running a unicameral National Assembly rather than bicameral or have members sit on part time basis, after which they recieve sitting allowances.

Prof Soludo who was represented by the deputy Governor Dr. Onyekachi Ibezim said Zik is a great man filled with wisdom. “We must keep celebrating him and he deserves to be immortalize. “The lecture is worth sustaining as a way of entrenching the evergreen role played by the great Nationalist in the Country’s development, especially through the Zikist movement.

He reiterated that the State Government has declared November 16th a public holiday in honor and memory of the great Zik of Africa. While adding that the Zik Mausoleum in Onitsha have been completed to honour the legacies of the great Zik, stressing that his government is doing all it can to immortalize Dr. Nnamdi Azikiwe; a great Igbo son and icon who was one of the founding fathers of Nigeria.

Earlier, Chairman of the Occasion, the Governor of Delta State and the Vice Presidential Candidate of the People’s Democratic Party, PDP, Senator Ifeanyi Okowa, remarked that he was glad to be a part of the dialogue that centers on national security situations ahead of the forthcoming 2023 General Elections.

Governor Okowa suggested that the need to draw up a domestic plan that addresses these challenges in the medium and long-term, expressing optimism that the 2023 general elections will be conducted in line with the guidelines of the new electoral act which compels Biomodal Voters Accreditation system and electronic transmission of results that will go a long way to reduce hijacking of ballot papers.

In his address of welcome, the Vice-Chancellor of Nnamdi Azikiwe University, Prof. Charles Okechukwu Esimone, applauded the organizers for pulling through the huge logistics challenge of arranging the event which came so soon after the suspension of the eight-month long ASUU nationwide strike.

He said that the lecture series was instituted through the Faculty of Social Sciences and an instrument of Senator Ben Obi to immortalize Dr. Azikiwe, the political totem of Nigeria’s independence struggle and quest for the emancipation of the black race.

In a separate remark, the benefactor of the Zik Lecture Series, Senator Ndi Obi stated that the 11th series has impacted significantly and contributed enormously to knowledge and national development.

Senator Obi pointed out that his vision is to have the Zik Lecture Series and Legislative Studies Institute a legacy project that will permanently institutionalize the series which will eventually grow to be a channel of robust research and academic excellence.

News Echo reports that “the Zik’s Lecture Series is the University most prominent academic event with International visibility and has attracted eminent dignitaries as well as outstanding scholars.