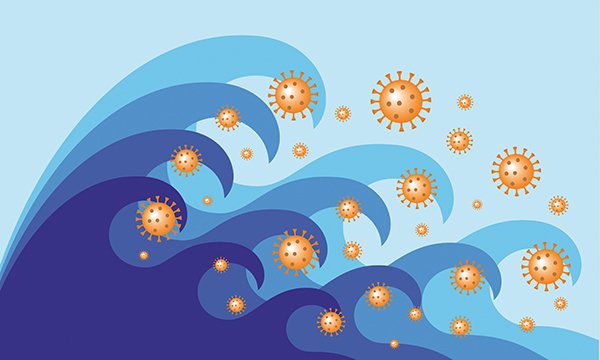 0
SHARES
62
VIEWS
Share on FacebookShare on TwitterShare on Linkedin

Following the emergence of the Delta variant of coronavirus infection in the country and the rising number of new cases and hospitalisations, the Nigerian government has put six states of the federation and the Federal Capital Territory (FCT) on a red alert.

The affected states, which are spread across four of the country’s six geopolitical zones of South-west, South-south, North-West and North-central are Lagos, Oyo, Rivers, Kaduna, Kano, Plateau and the nation’s capital, FCT.

A statement issued early Sunday morning and signed by the chairman of the Presidential Steering Committee on COVID-19, Boss Mustapha, noted that the nation has, in the recent time, continued to witness “worrisome early signs of the third wave of the pandemic.”
Mustapha, who doubles as the secretary to the government of the federation (SGF), therefore, advised the concerned states and the country as a whole against losing their guards.

The statement reads in part; “The PSC, however, warned that all States of the Federation should heighten their state of preparedness and continue to enforce all protocols put in place, given the renowned greater ease of spread of the Delta variant. These steps are critical as we begin to see worrisome early signs of increasing cases in Nigeria.”
The statement also announced some recommendations to avoid the spread of the infections during and after the celebration of the Islamic festival of Eid-el-Kabir which comes up on Tuesday, July 20.

The committee recommends the decentralisation of the eid prayer on the day of the festival. It said rather than allowing large gatherings at community central prayer grounds, outside of the neighbourhood mosques where Friday prayers are usually said should be used for the eid prayer.

“The PSC felicitates with the Muslim Ummah on the occasion of the Eid-el-Kabir celebration. It however, urges all State governments and religious leaders to be mindful of the potential for wider spread of the virus during large gatherings. The PSC, therefore, recommended the following preventive measures for a safe Eid-el-Kabir celebration to include, decentralization of Eid prayer to neighborhood Friday prayer mosques, suspension of durbar activities; and observation of limitations on all Indoor gatherings,” the statement added.