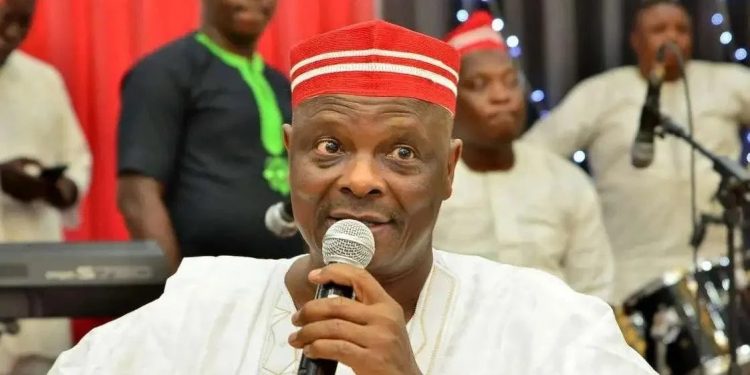 The presidential candidate of the New Nigeria Peoples Party, Rabiu Kwankwaso, has said the South-East region has lost across major political fronts, stressing that the only hope to the realisation of its aspiration is with his party.

He pointed out the political challenges bedeviling the South-East, adding that it should be tackled politically. The former governor of Kano State made this disclosure on Saturday in Gombe State, after inaugurating the state secretariat of the NNPP. Kwankwaso explained that the region has not been strategic in its plans, noting that they are at the lowest ebb politically.

A group, the Arewa Youths Progressive Alliance, has dissociated itself from a comment credited to the presidential candidate of the New Nigerian Peoples Party, Rabiu Kwankwaso, those voters from the North would only vote for the region’s presidential candidates. But the spokesman for the group, Alhaji Sambo Galadima, noted that “the North is neither anti-progress nor xenophobic against other Nigerians.”

In a statement released in Kaduna on Thursday, Galadima said that the impression created by the former Governor of Kano State was not only disrespectful to the region but also misrepresented the true characters of an average northern voter. Picking holes in the assertion by the NNPP presidential candidate who spoke on Channels TV, the spokesman noted that Kwankwaso’s utterances portrayed the North as retrogressive.

“I like people of the South-East so much that the Kwankwaso, Kwankwasiyya you hear, many thought it Okonkwo and sons. They said because an Hausa man can’t say Okonkwo and sons, he now turned it to Kwankwaso. “The South-East is good in terms of business, very hard working and industrious, but one area they must learn is politics. They are at the bottom line. “If you look at the situation, they have lost out with APC and PDP; no President, no Vice President. The only opportunity the South East has to be President or Vice is with the NNPP. Coincidentally, the party was registered by an Igbo man from Anambra State. “This is the only golden opportunity that they have. If they lose this opportunity, it will be a disaster.

You see the young men and women who keep saying they are marginalised whereas no one is marginalising them because it (politics) is based on calculation. “Someone was telling me that even if our friend (Peter Obi) wants to withdraw to accept VP, some people in the South East will not accept. All sorts of thinking which is not strategic.” “The best for the South East is to come and partner. Maybe after eight years, after our term, that is the only time they will say okay he is the best for the country.

“Eight years is just like eight days or months but if you are not prepared for it, it will come and leave you worse. “We are flexible to get the right person. One of them is the Labour Party man (Peter Obi) you are talking about.” “What I’m telling you is that if anybody from the South-East now, under this circumstance, becomes the presidential candidate of our party or any other party, the implications is that because of the activities and other issues that are really on the ground, northern voters will certainly go for their northern candidate and another party. So, the thinking is not whether I like it or I don’t, the fact remains that everybody will lose. He will lose and I will lose.”

“When you look at fairness and equity, it doesn’t favour Kwankwaso, the mood of the country as it stands does not favour Kwankwaso. The late President Musa Yar’adua was from the North West, the current President Muhammadu Buhari, is from the North West, Nigerians will not accept another person from the North West. “These are factors that come to play and I don’t think we should be arrogant about it.” “Dr Rabiu Musa Kwankwaso’s utterances portray the North as retrogressive and the average northern voter as insensitive and unconcerned about the sufferings of Nigerians and the high rate of insecurity and economic woes bedeviling Nigeria, and rather concerned about having ‘fellow northerner and fellow Muslim’ perpetuate themselves in power.

“Nothing can be farther from the truth. The northerner experiences the same level of frustration with the state of governance in the country that the average Nigerian from any part of Nigeria experiences and wishes like every Nigerian that things improve for the better and that the most capable and most prepared individuals take charge of governance at different levels, including the presidency of the country, for the betterment of Nigeria.” “Has the North fared any better in infrastructure or living standards merely because a Northerner or a Muslim is the President of the country? “The former governor of Kano State insults the North by portraying us as some insensitive group of people without the capacity to think for ourselves.

This is not true. He sends the impression out there that our votes are owned by some elites and that it is these elites who will decide how we will vote in every election. “If that was true in the past, that is set to change, because we are not slaves. We are capable of dreaming and holding strongly to our dreams. We are capable of working for and participating actively in political activities, independently and with the aim of bringing about the kind of government that shall serve the best interest of the average Nigerian. “In the last seven years, more than 100,000 Northerners have been killed by bandits and terrorists, and thousands of our daughters, wives, mothers and sisters have either been raped, abducted or forcefully married out.

“Our farms are lying fallow and our harvests haven’t been poorer. Yet, a Northerner is the President. We voted for this Northerner, not because he is a Northerner, but because we believed he had the best of intentions and had the capacity to turn things around for good, for the benefit of all Nigerians. But, we are disappointed.” “We want to assure fellow Nigerians that Northern Nigeria is not some kind of slave colony where some elites drag us by the neck to vote on the basis of sectionalism or religion. We shall vote for the best candidates who hold the best promise to recharge Nigeria and get her working again, because, like every responsible citizen, we want the best interest of our country and we want a brighter future for our children.”