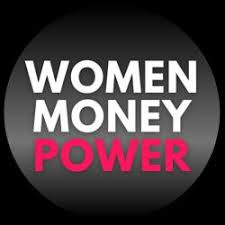 The entire Nigerian landscape has been awash with shouts of ” why?” “How did it happen”? These question apparently asked for authentication in the wake of an American court which ordered the FBI to arrest, detain Abba Kyari over Hushpuppi’s alleged multi million-dollar fraud.
This is how a publication reported it: A warrant of arrest has been issued for Nigeria’s deputy commissioner of police, Abba Kyari.

Otis Wright of the United States District Court for the Central District of California ordered the Federal Bureau of Investigation (FBI) to track down Mr Kyari and produce him in the United States for his role in a multi-million dollar fraud perpetrated by Ramon ‘Hushpuppi’ Abbas, a notorious Nigerian fraudster.
Mr Abbas was arrested in Dubai last June and he pleaded guilty to fraud in the U.S. this week.

The FBI said Messrs Abbas and Kyari have been friends and were both involved in a conspiracy to launder money. Kyari was also indicted for receiving bribes from Abbas to arrest a member of the syndicate in Nigeria.
American prosecutors first sought a court warrant to arrest Kyari on February 12, 2021, according to court documents seen by The Gazette, the source of this report. Another warrant was requested on April 29, 2021.
Judge Wright’s permission for the FBI to arrest Kyari and hold him in U.S. custody was unsealed on July 26.

Kyari in a hurried statement denied allegations of conspiracy with Hushpuppi, saying he only met him two years ago and did not benefit financially from the fraudster. He insisted he only assisted him to get native wears of about N300,000. Kyari has therefore denied collecting $1.1million bribe from suspected fraudster, Hushpuppi.

According to Saharareports, Hushpuppi, who pleaded guilty to various charges, including money laundering, wire fraud, and felony, among others, had said he used Kyari, a leader of the Inspector-General of Police’s Intelligence Response Team, to jail a fellow fraudster Kelly Chibuzor Vincent after both were locked in a dispute presumably over how to share the $1.1million loot received from the Qatari businessperson.

Vincent subsequently contacted the victim and informed them that they were being scammed by a syndicate involving him and Abbas, a US court document read.
The police boss, however, admitted arresting Vincent but claimed he was released on bail to go and was not taken to any jail.
He wrote, “Friends; Abbas, who we later came to know as Hushpuppi, called our office about two years ago that somebody in Nigeria seriously threatened to kill his family (here in Nigeria) and he sent the person’s phone number and pleaded we take action before the person attacked his family.
“We traced and arrested the suspect and after investigations we discovered there wasn’t an actual threat to anyone’s life and they are long-time friends who had money issues between them. Hence, we released the suspect on bail to go and he was not taken to any jail.

“Nobody demanded for a kobo from Abbas Hushpuppi. Our focus was to save people’s lives that were purported to have been threatened.
“Later, he saw some of my native clothes and caps on my social media page and he said he likes them and he was connected to the person selling the clothes and he sent about N300,000 directly to the person’s account. The native clothes and caps (5 sets) were brought to our office and he sent somebody to collect them in our office.
“Nobody demanded any money from Abbas Hushpuppi and nobody collected any money from him. We responded to a distress call he made on threat to his family and released the suspect when we discovered there was no life threat from the suspect. This is the true story. Vincent is alive; he can be contacted.

“For those who are celebrating that this is an indictment on us and mentioning some fictitious big money, they will be disappointed once again as our hands are clean and our record of service for two decades is open for everybody to see. They will continue seeing us serving our father land and we will continue responding to all distress calls from all Nigerians provided they are life threatening.”

US Officials said in court filings that Abbas disclosed during interrogation that he paid bribes to Nigeria’s police chief, Kyari, to have one of his rivals arrested and jailed in Nigeria following a dispute over a $1.1million dupe of a Qatari businessperson.
Abbas had asked Kyari to arrest and jail a fellow fraudster Kelly Chibuzor Vincent after both were locked in a dispute presumably over how to share the $1.1million loot received from the Qatari businessperson.

This is not the first time top police offices and high flying public office holders in Nigeria will be nosediving on account of having a clay feet or skeleton in their cupboard.

Nigerians of adult age can recall how career and advancement of DIG Fidelis Oyakhilome then the boss at the National Drug Law Environment Agency (NDLEA) was roundly shattered by a ravishingly beautiful Lagos based multi million businesswoman, Jennifer Uju Madike.

According to THE ELITES online newspaper, the incident that felled Oyakhilome from his Olympian height was his alleged complicity with Jennifer in offering bailouts to drug barons under the influence of Jennifer’s undue closeness to him. The specific banana peel upon which Oyakhilome stepped and tripped, as it were, was the case of a suspected drug baron, Gregory Odilibe, whom the NDLEA had declared wanted for drug offences. The anti drug agency under Oyakhilome had placed a newspaper advertisement declaring Odilibe wanted.

Commercializing the church: Derailing from Christ’s vision on evangelization

Commercializing the church: Derailing from Christ's vision on evangelization