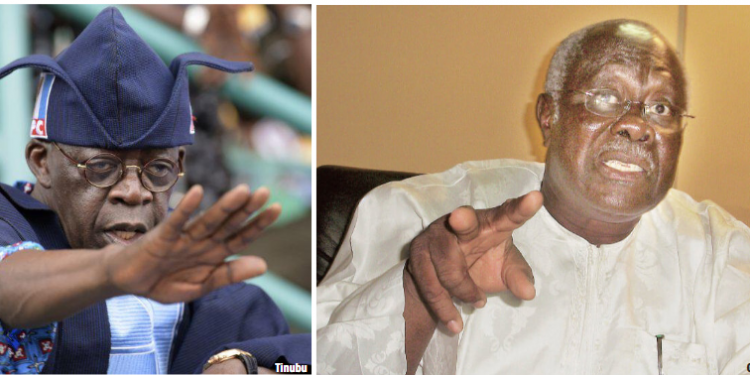 APC National leader, Bola Tinubu last Friday at a ceremony to commission a flyover bridge at Pen Cinema named after him, which was started by the Ambode’s administration but completed by the Babajide Sanwo-Olu administration blamed poor leadership abilities for the decision not to support Akinwumi Ambode for a second term as Lagos State Governor. According to him, Ambode’s administration was leading Lagos State in the wrong direction and couldn’t be allowed to continue that way. Tinubu further disclosed that the drift between Ambode’s leadership and the vision for Lagos State became noticeable between 2017-2018.

He commended the Sanwo-Olu administration for steering the state back in the right direction, describing him and his team as “great performers and doers”. APC godfather Asiwaju Bola Tinubu says Ambode became a bad party man who no longer deserved his support. Reacting, a chieftain of the Peoples Democratic Party in Lagos State, Chief Bode George, has said he will not stop criticising a former governor of the state, Asiwaju Bola Tinubu, as far as the state’s affairs are concerned. George claimed that the affairs of Lagos State started going in the wrong direction since Tinubu took control of the state in 1999.

He claimed that all the beautiful legacies left by Tinubu’s predecessors, such as the late Alhaji Lateef Jakande, the late Mobolaji Johnson and Buba Marwa, had been eroded. George said this in an interview on Saturday to counter a comment made by Tinubu on Friday that the ship of Lagos was going adrift between 2017 and 2018, a period when ex-Governor Akinwunmi Ambode was in charge of the state. George said Tinubu was the one who drove the state in the wrong direction, vowing that he would not stop tackling him. 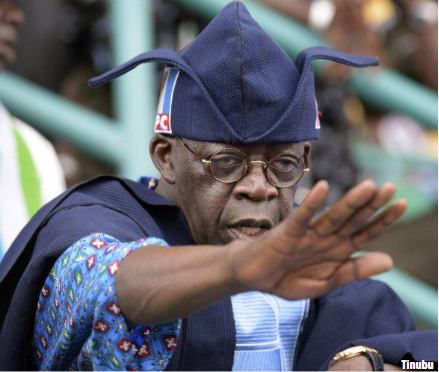 Bad leadership made us remove Ambode from Alausa – Tinubu
“Ever since Babajide became the captain of the ship of our state, he has turned it round to the right direction of progress, development, and good leadership quality.” The errors noticed by political leaders in the state are what led to the decision to jettison Ambode and bring Governor Babajide Sanwo-Olu and Obafemi Hamzat, on board. Though they were not sure of what the performance of Sanwo-Olu and Hamzat would be, the two leaders have so far proven their worth despite the prevailing challenges. If I look back and I don’t find them again; if I don’t respond to them, if I fail to accede to their request, I would have failed the leadership test. “This is not personal; it is beyond me as a person. Every democratic constitution is preceded by ‘We, the people’.

So, I had to submit myself to the wishes and the yearnings of our party. “This is an elixir for the general election. “Sometime in 2017-2018, the ship of this state seemed to have headed in a very wrong direction. History had it that we came together, an election came and we chose a democratically-elected government of the people, our people, and for the people. They say ‘who is Babajide Sanwo-Olu’? We said, ‘you will find out’. Ambode Akin, he’s doing well, yes; he hasn’t been a good party man; not only the glamour, not only about brick and mortar.

A talent is determined by character. For you to become an influential person, you have to respond to the yearnings of the people. This is politics; democracy, one man, one vote.” “Don’t copy vagabonds and those who are into thuggery. There is no development if there is no peace. We must encourage peace. The government will ensure that you get the right education. Education is an investment in your future. “Destruction and disruption will not help you to reach the destination you desire to reach. We will support your aspirations but help the state, ensure peace in our state and country.” 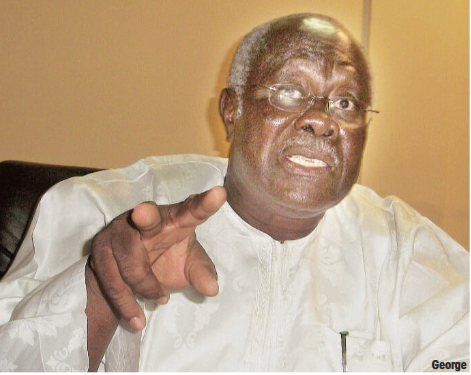 Lagos started sinking when you, not Ambode, became governor – Bode George
“The ship of Lagos has been going in the wrong direction since he (Tinubu) ascended the throne of Lagos. “Right from the days of Brigadier Johnson, Baba Jakande, Marwa, and all those who have ruled Lagos, people still talk of their legacies. But the ship of Lagos started going in the wrong direction when he (Tinubu) ascended the throne. “I stand by all that I have said about him.

I don’t have anything personal against him but against his policies. His daughter is the Iyaloja of Lagos, his son is the only one that has advert all over the city and his wife is the one representing Lagos Central in the Senate. O to ge! “We met very encouraging things when we were growing up but today where are they? No scholarship for students, no help for the masses. I don’t have anything against Tinubu but his policies. If he were in Osun State, I wouldn’t have been concerned but as a Lagosian, Tinubu is too important to be left alone and that is why I will continue speaking against his policies.”