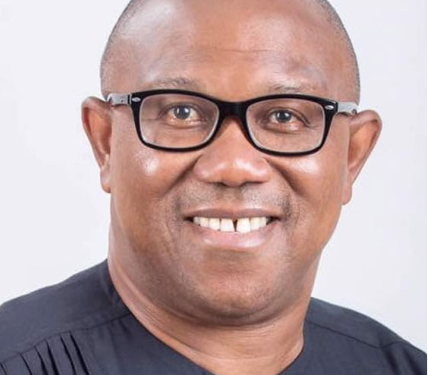 It takes courage and discipline for one to come out boldly and criticize the federal government of his country in which he is in the major opposition party. Peter Obi toed the path of honour when last week he boldly advised the government at the centre not to kiss the road of infamy by negotiating with the bandits – Boko Haram, gunmen, kidnappers and armed robbers who have been ravaging the entire north for more than four years now.
Obi who was the vice presidential candidate in the 2019 Nigerian general election under the People’s Democratic Party was the former governor of Anambra State, serving from 17th of March 2006 to 2nd of November 2006, when he was impeached and from 9th of February 2007 to 29th of May 2007, after his impeachment was overturned.

Although a fresh election was held on the 29th of April 2007, he was reappointed governor on the 14th of June 2007 after a court ruling that he should be allowed to complete a four-year term. He won on the 6th of February 2010 election for a second term as governor. Obi is an illustrious son of the state, an erudite Igbo entrepreneur, business mogul and investor. He is a pan Nigerian politician/leader.

At a time when most politicians in Nigeria have kept mum in the face of tyranny, misrule, rascality and impunity by the leadership of the country, Obi has once again written his name in gold by speaking against a proposal to negotiate and grant amnesty to bandits operating in the Northern parts of the country. The dubious proposal was aimed at further institutionalizing criminality and reign of terror. He was bold to echo it loud to the federal government not to use Nigeria’s money to negotiate or give amnesty to criminal bandits who have committed unimaginable crime against humanity.

Obi said Nigeria is not progressing because bandits are being rewarded, while lecturers are owed salaries. He was speaking at the launch of a book titled, ‘Communication and Media Studies: Multiple Perspectives’, written by Stella Okunna, a former commissioner in Anambra State. The recent weeks have seen a spike in the abduction of students by bandits, raiding communities in the northern part of the country.

There have been reports that ransoms were paid to rescue them, but the government has continued to deny this. Obi said Nigeria’s economy cannot be productive if the country continues to reward criminality while overlooking its intellectuals. “You can’t pay people for banditry. The only business that thrives in Nigeria is stealing the government’s money, banditry and kidnapping and that’s why your country is not progressing. “We owe those who have legitimately worked. And we are negotiating and paying those who have stolen kids. It is a criminal system. Lecturers are owed. How do we compensate those who have not contributed anything to the economy? The economy is not productive and that’s why it is failing. Nigeria will not succeed if we continue asking bandits to come to a meeting, and we are not calling professors to a meeting. That is why the country is where it is today. May God help Nigeria,” he noted.

He said, “ by paying a ransom , you ‘re paying people who aren ‘ t productive. People are making money without being productive. To pay people for going into crime is unacceptable. If you’re going to pay kidnappers and grant them amnesty for committing a crime , you’re simply asking everyone to take to crime . ” The former Anambra State governor attributed the growing insecurity and worsening poverty in the country to the refusal of the federal authorities to allow power devolution to the federating units. The suggestion to the federal government to negotiate and grant amnesty to the bandits has mainly been projected by one Shaikh Ahmed Gumi and his cohorts. Gumi has become everything to the bandits from; negotiator, to solicitor, to advocate and spokesperson. He has tried using all sorts of arguments, logic and juxtaposition to justify the action of the bandits (and he is being allowed to move freely and probably enjoying his own share of the buty from proceeds of kidnappings and ransom collection by the bandits).
This is a person who knows where the bandits stay. They have confidence in him. He calls them meeting and they stay in a round table, in happy mood with them, take group photograph and he comes to advocate for them and in the cause of doing this, Gumi has made numerous unguarded and provocative utterances, including the one which attempted to denigrate a respected Igbo leader of all time, the late Dim Chukwuemeka Odimegwu Ojukwu (Eze Igbo Gburugburu).

Obi has made it clear that the bandits, like the Boko Haram has no justification to carry out the heinous crimes they have been committing against humanity. But Gumi has likened the activities of the bandits to that of the Niger Delta militants. He however forgot that the Niger Delta militants have justification for their action. They were demanding to feel the impact of the crude oil from their land, which is the mainstay of the Nigerian economy. Secondly Niger Delta militants never carried their action in the crude and cruel manner the Book Haram and bandits have been going about their criminal and inhuman activities. They hardly killed anyone or kidnapped women and children. They only kidnapped some people directly involved in the oil exploration, to press home their demand to benefit from their natural resource.

Meanwhile, ever since the the Ya’adua/Jonathan administration granted the militants amnesty and established an amnesty office which brought the situation in the Niger Delta under control, some dubious Hausa leaders have not been happy about it. They feel hard done and envy the Niger Delta militants/youths for the amnesty. Notwithstanding that most economic programmes of the country are skewed in favour of the North, who have also dominated the leadership of the country, the unappreciative Hausa leaders are still envious of the Niger Delta amnesty programme and have been looking for ways to extort the federal government in such dubious manner. It started with Boko Haram who do high profile kidnapping and collect outrageous ransom. It has now metamorphosed to banditry, which has now become a lucrative all comers’ business in most parts of the North.

So the warning by Peter Obi to the federal government not to use Nigeria’s common wealth to negotiate with bandits is an instructive one. Although a fresh election was held on the 29th of April 2007, he was reappointed governor on the 14th of June 2007 after a court ruling that he should be allowed to complete a four-year term. He won on the 6th of February 2010 election for a second term as governor.