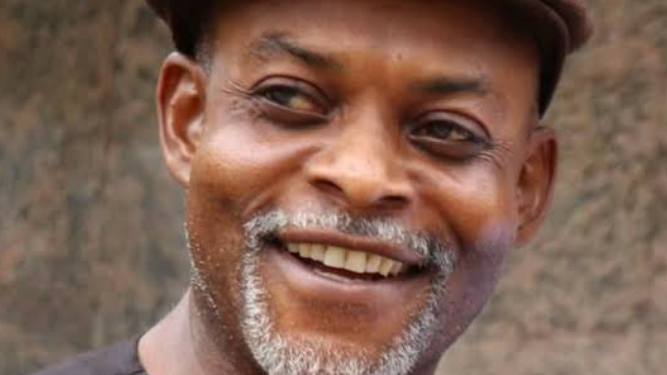 He was a man of honour, diligence and hard work. When the people of Aba North/ Aba South Federal Constituency clamoured for an effective representation in the National Assembly, they quickly looked towards one man who they could trust. Therefore, they waited patiently for the 2015 general election to make their intention known. Thus, in the national election of that year, the unexpected happened. Dr. Ossy Chinedu Prestige of APGA comprehensively defeated a lion of the federal House of Representatives, Chief Uzor Azubuike of the PDP.

Before his election, Prestige was a known face in Aba social circles as he was a classless man who identified with both the rich and the poor. A philanthropist of repute, he was one of the few who used their riches for the uplift of the poor in the society. Ever smiling, there was no dull moment with him as he would always respond to every greeting with such slogans as “my Guy”, “my Man”, “Adanne m”, etc. In fact, Prestige practically understood the Aba way of life and easy way of doing things. No wonder he easily uprooted a hard political fighter like Azubuike of the PDP in 2015.

Born on January 24, 1965, he was an accomplished businessman before his sojourn into the murky waters of Nigerian politics. As a matter of fact, he assumed duties as lawmaker on June 9, 2015 in what is known in the political lexicon of Nigeria as Eight Assembly.
Hailed from the Agboji community of Abiriba in Ohafia L.G.A of Abia State, he held a B.Sc degree in Government and Public Administration from the Abia State University, Uturu, an MBA in Shipping and Logistics from the Lloyds Maritime Academy London, United Kingdom, and an Honorary Doctorate Degree in Public Administration from Commonwealth University in Belize, South America amongst other academic qualifications.

According to a publication, “Hon. Prestige was a seasoned Customs Broker, Maritime Services Provider, Shipping Consultant and Importer of diverse Merchandise. His business had been so diversified that it transverses all sectors of Nigerian economy making him a major employer of labour.

“He was the treasurer of the Association of Nigerian Licensed Customs Agents (ANLCA), Onne Sea Port Chapter, 2002, secretary 2003 and 2008 and chairman 2008 and 2014. He was the 1st deputy president of the Aba Chamber of Commerce, Industry, Mines and Agriculture (NACCIMA). Prestige was an Elite member of the Rotary International, renowned for his Global Humanitarian outreach and had risen to become a Privileged 2nd Level Major Donor of the organization having donated well over Twenty Five Thousand U.S. Dollars ($25,000) to the cause of charity.

He was President of the Rotary Club of Eziukwu Aba 2007/2008 and Assistant Governor of Rotary District 9140, 2009/2010. He was a Sports Enthusiast and Promoter, and a Hall of Fame Silver Card Holder of the prestigious Aba Sports Club.
He ran two foundations of which he was the president: Prestige Ossy Foundation and The Favoured Initiatives.
As part of his 2016 constituency project, Hon. Prestige distributed “keke-napepe”, motor cycles, electricity generating sets, grinding machines, sewing machines, hair dressing dryers etc. to the people of his Federal Constituency.
In 2017, Hon. Ossy Prestige and the Federal Government National Directorate of Employment gave the unemployed young men and women from his Federal Constituency of Aba North and South skills acquisition training to create employment for themselves and others.

The two phase training wason Catering/Confectionary, Cosmetology and Basic Business Training (BBT) otherwise known as Entrepreneurship.
Prestige was married to Rotary Ann Precious and the union was blessed with five children. He was a Christian and member of the Presbyterian Church denomination.
Since his death, condolence messages have been pouring –in. The senate on Tuesday adjourned plenary sitting in his honour. The senate president, Ahmad Lawan, expressed “shock and sadness” over the death. Lawan in a statement by his Special Adviser (Media), Ola Awoniyi, in Abuja, said that the departed lawmaker would be missed by all his colleagues in the National Assembly. He noted that Hon. Prestige was a good representative of his constituency in the National Assembly who touched many lives through his business engagements and charity outreach such as the Prestige Ossy Foundation and The Favoured Initiatives. Lawan commiserated with his family, friends and political associates over his irreparable loss. The senate president also condoled with the government and people of Abia State and prayed that God would grant them the fortitude to bear the loss.

The Minority Leader of the Senate, Senator Enyinnaya Abaribe, expressed sorrow and deep shock over the death of Hon. Prestige. In a statement by his Media Adviser, Uchenna Awom, Abaribe described Prestige’s death as a personal loss to him, being a bosom friend, brother and ally. He lamented that the zone had lost a “major stakeholder, a political leader of repute and one personality that was beholden to all irrespective of differences in political party affiliation. “I have lost a friend, brother, ally, a committed patriot and a good natured Abian. I had wished in my heart and prayed that Ossy recovers to continue with his work in the House. We spoke on several occasions while he was on sick bed and he kept assuring me that he will be okay, and here we are with this sad reality. He will be sorely missed.” The Minority Leader however condoled with the family, the people of Aba North/South Federal Constituency, the government and people of Abia State on the huge loss.