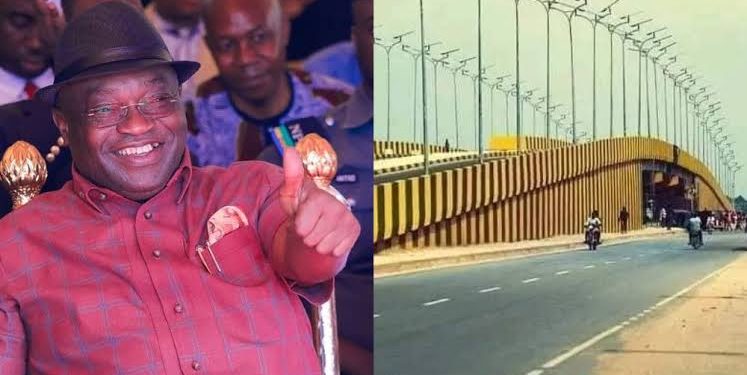 The historic first ever flyover in the State, the Osisioma Interchange and the newly reconstructed and dualized Aba-Owerri Road in Aba built by Governor Okezie Ikpeazu have been officially commissioned for public use. Speaking at the events which were part of activities lined up to celebrate the 31st anniversary of the creation of Abia State,

Governor Ikpeazu stated that the interchange was constructed out of his desire to facilitate ease of doing business by ensuring that the traffic jam that makes traders to spend hours at the Osisioma junction was controlled.

He said that the interchange would bring about economic development of the State. Governor Ikpeazu, who said that the essence of governance was to solve problems of the people, congratulated the Aba Business Community and Abians at large on the realization of the project.

He described the day as special for the people of goodwill adding that, for the opposition and those who castigated his government while the construction of the interchange lasted, it was a sad day for them.

According to the Governor, he invited Governor Wike to commission the projects because he is the father of flyovers in Nigeria and understands the value of an interchange. Commissioning the projects, the special guest of honour and Rivers State Governor, Barr. Nyesom Wike commended Governor Okezie Ikpeazu for changing the developmental narratives of the state.

He said he was proud to be associated with Governor Ikpeazu even as he stated that Abians did not make a mistake in electing him as their Governor.

He extolled Governor Ikpeazu for utilizing the meagre funds of the State to do projects for the people, saying that with the projects the Governor has done, his senatorial bid and election of other PDP candidates in the State are sure.

The Commissioner for Works, Barr. Bob Ogu disclosed that the interchange was conceived by Governor Ikpeazu as soon as he came on board in 2015 while actual work started on it in 2017.

Ogu expressed joy that the dreams of the Governor in conceptualizing the project has been realized and congratulated Abians on the feat.

Earlier, the Executive Chairman of Osisioma Ngwa LGA, Chief Christian Kamalu described the commissioning of the first ever interchange located at Osisioma as historic.

He thanked the Governor for constructing the interchange and highlighted its importance to the Aba business environment.

What exactly is Board of Directors Webpage?

What exactly is Board of Directors Webpage?