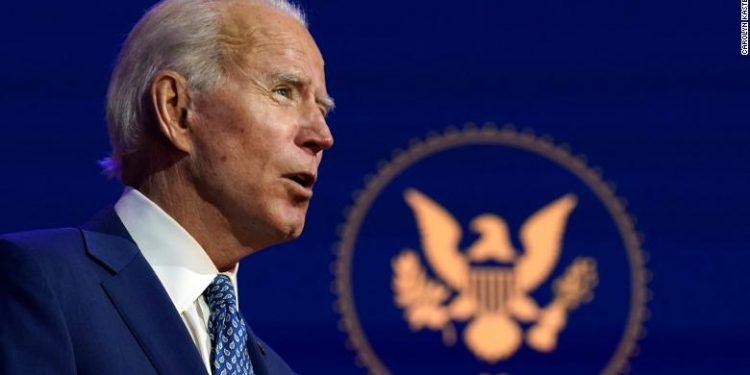 It’s no longer news that Joe Biden has been elected the 46th president of the world’s most powerful nation, the United States of America. Contrary to expectations, Biden of the Democratic Party defeated his arch rival and incumbent Republican President, Donald Trump in the November 3 election.

This is not surprising given the interest the American election had elicited not only in America but around the world.

So why was the world so much interested in the outcome of the US election and why has Biden’s emergence elicited so loud a response? Political watchers and international relations experts, especially in US had watched in awe how the foreign policies of the United States under Trump have continuously drifted US into isolationism.

There is no doubt that Donald Trump’s foreign policy in terms of building multilateral relationship was a colossal failure. Therefore for Biden, rebuilding these relationship, in an era of what senior vice president and director of the Atlantic Council’s Scowcroft Center for Strategy and Security Barry Pavel, described as “one of the one of the most chaotic and dangerous eras in US history,” should be of topmost importance to the his administration.

For Africa and the rest of the world, Director of Programs and Studies at the Atlantic Council’s Africa Center Bronwyn Bruton, says that a Biden presidency affords the opportunity for a credible reset and the prospects of a more predictable policy toward Africa, in which regional allies will again be treated as the important partners that they are.

Biden, himself, realized this when he said that his era will usher in a healing process for America; a time, he said, for rebuilding old relationship and alliances and making new ones.

In offering an olive branch Trump’s supporters, Biden had said, “”For all those of you who voted for President Trump, I understand the disappointment tonight. I’ve lost a couple of times myself. But now, let’s give each other a chance,” Biden said. “It’s time to put away the harsh rhetoric, lower the temperature, see each other again, listen to each other again. And to make progress we have to stop treating our opponents as enemies.”

For Nigeria’s the last four years have been one of the worst in Nigerian –American relationship. Nigeria has had some traumatic moments in its relationship with one of the country’s most favored allies.

Nigeria and Nigerians have suffered terribly from Trump’s policies towards the country and other African countries.

For instance one of Nigeria’s greatest headaches is how to curb terrorism in the country. It’s argued that the security situation in Nigeria, especially insurgency in the North east has festered because of Trump’s policies towards Libya. It’s said that Trump’s refusal to heed all pleas by some world leaders, especially Turkey and Egypt, to get involved in the Libyan conflict and backing out from his rapport with Gen. Khalifa Haftar, one of the warlords in the Libyan conflict, and took radical stance of not getting involved in the conflict exacerbated the conflict.

This led to a proliferation of arms, especially small and light weapons, across the length and breadth of African sub-region with Nigeria being the worst beneficiary.

Again, Trump’s immigration policies have not been favourable to Nigeria. Trump had earlier in the year barred Nigerians from receiving immigrant visas and pushed for an end to birthright citizenship which ensures that all foreigners born on US soil are given automatic citizenship.

Many Nigerian families in Diaspora have been living without their kins at home that are eager to join them because America refused to allow them to allow entrance into the United States. Recently Nigeria was one of the African countries yanked off from the country’s diversity visa lottery for which many Nigerians have benefitted from in the past.

The most worrying of Trump’s actions lately was his refusal to support Nigeria’s bid to have one of its own, Dr. Ngozi Okonjo-Iweala, as the director general of the World Trade Organization, (WTO)
For the new president, reversing these trends, in the midst of other problems, may be a daunting task, but Nigeria’s relationship with US is having a brighter outlook given some takeaways from the election.

As a starter, nine Nigerians, especially democrats, contested for seats in the US legislature in the November 3 election. This is unprecedented in the history of American election. Again the postponement of the voting in the WTO election, few days to the US election, is also a good sign in this direction.

Hopefully the decision may be taken with Trump out of the equation.
Secondly, the Vice President-elect, Kamala Harris, has a filial relationship with Nigeria, as her niece, Meela, is said to be married to a Nigerian.

It is left to figure out if this will have a positive impact on US – Nigeria relationship. While some would argue that it would not, others say it portends a good sign. Those who disagreed cited Kenyan’s cold relationship with former President Barak Obama, who is of Kenyan descent.

But a Nigerian journalist, Emeka Madunagu, cited an example where such relationship had worked. According to him, Jared Kushner is a Jew who drafted President Donald Trump’s Middle East plan. Madunagu said that one outcome from that was Trump’s recognition of Jerusalem as the capital of Israel, adding that the accords recently signed between Israel and some Arab states were mainly due to the efforts of Jared Kushner.

He is of the view that it’s left for Nigeria to discover how it could leverage on this link to benefit the country. Though it’s said that International relations is not run on sentiment, a local saying that you cannot take a bath by the side of a river and get blinded by the foam from soap may be applicable in this instance.

Nevertheless, the outlook in Nigeria – US relationship has shown a promising one as a former Director General of the Nigerian Institute of International Relations, Prof. Bola Akinterinwa, is optimistic that Nigeria will have a fair deal under Biden, especially in immigration and financial assistance.
Akinterinwa was quoted as saying, “Joe Biden is a democrat and the party usually has more sympathy for Africa generally.”

He said that given the fact that many Nigerians were in the Democratic Party, it would give them better and easier access to Biden and the likelihood of maintaining a better and more cordial relationship with Nigeria than it was under the republicans.

But what would Nigeria do to take advantage of a Biden presidency. An international scholar and member of the National Institute for Policy and Strategic Studies, Prof John Wokton, said that Nigeria must not sit and wait for the icing on the cake.

He says Nigeria must take advantage, in the short term, of Biden’s long experience in politics and government as well as cutting edge diplomatic initiatives to court US’s favour in security and other forms of support to curtail the menace of terrorism that is bedeviling the country and threatening its existence.

He is also of the opinion that Nigeria should also immediately court the incoming administration’s support, given Nigeria’s membership and strategic leadership role in both the UN’s Security Council and World Trade Organization (WTO), this will facilitate revival of multilateralism and better deals for our ailing economy, stressing that, “The expected positive multiplier effect will cascade to other African countries that look up to Nigeria

While noting, without prejudice, that Trump had some good protectionist policies on trade, Wade, a former Vice Chancellor of Plateau State University, and currently director of research and documentation in the office of Plateau State Governor, added that Trump’s egocentrism or self centeredness, uncouth diplomacy and foul mouth led to his early exit through conspiracy by even world leaders who prayed hard and worked underground for his defeat.

These, he said, are lessons, which Biden have learnt and would want the best of worldwide relationship. He concluded, “Above all, Nigeria must be seen to exhibit greater duty of care, transparency, justice and fair play as Giant of Africa that is endowed with enormous natural and human resources to earn and consolidate on the Confidence of Biden’ Presidency.

“Biden, from all indications appears set to embrace and work with Africa, Africans and other nations of the world, the underdeveloped not excluded. He is for now on path of reconciliation with races of the world for which USA is a melting pot that houses all and whose votes, especially Africans played critical role in his emergence,”

He added that the wide range of potential areas of bilateral cooperation between Nigeria and the US, presents a golden opportunity for the country to seize the moment and immediately engage the incoming Biden administration early next year, stressing that an early, underground diplomacy during preparations for takeover in January will act as a prelude of a strategic powerful foreign policy agenda for our government to imbibe.