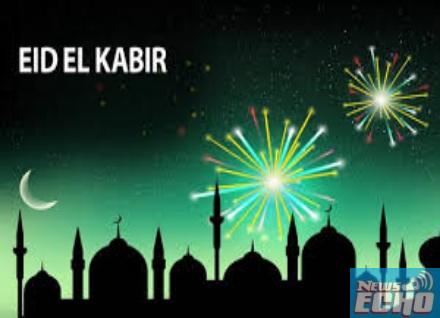 The South East branch of Miyetti Allah Cattle Breeders Association of Nigeria (MACBAN), has called for a sustained mutual relationship between their host communities (Igbos) and his members for the sake peace and unity in the region.

They plead with the Governments, Traditional and Religious leaders, as well as other influential groups in the South East not to relent in their advocacy for peaceful coexistence amongst Nigerians wherever they choose to live and ply their legitimate businesses.

According to the Zonal Chairman of MACBAN, Alh. Gidado Siddiki, in his Id- el-Kabir message on behalf of the Association, to the entire Muslim Ummah, the Governments and the people of South East Nigeria, said peace can only be sustained if we continue to acommodate and tolerate each other as one Nigeria, irrespective of Tribe, Ethnic and Region Affiliations.

The message read “As we know, Id el Kabir is perform every year by Muslims all over the world in solemn remembrance of the sacrifice by prophet Ibrahim to sacrifice his only son to Allah. The celebration therefore admonishes all to embrace the life of sacrifice as a way of recognizing the universality of the human family and the essence of accommodation and tolerance amongst the peoples of the world.

I wish to use this privilege to pray for peaceful coexistence amongst Nigerians. I wish to pray for improved peace and understanding between our host communities in the south east and our herdsmen who are genuinely engaged in the business of cattle rearing in the eastern part of Nigeria.

“As I invite all in the celebration of Id el Kabir, I sincerely plead for better understanding in information peddling, so as to avoid the often misinformation, half-truths and outright falsehood that the gullible public very often gets fed with. I plead with the Governments, Traditional and Religious leaders, as well as other influential groups in the South East not to relent in their advocacy for peaceful coexistence amongst Nigerians wherever they choose to live and ply their legitimate businesses.

“I plead for truthfulness, fairness and restraints in information management so as to avoid tendencies of unfair blanket criminalization of any group of people. This is as I maintain that criminal, wherever they are identified, should be made to face the full wrath of the laws of the land. The safety of the citizens is the primary commitment of Governments; it should be so in our country.

“I pray that the spirit of Eidel Kabir prevails and continues to instruct our lives and our attitudes towards one another. “Again, I wish to appreciate the Governors, Governments and people of the entire South East for providing us the enablement to successfully do our business in the geopolitical zone. May the peace of Allah reign amongst all of us.

Public Relations Officer of the Command, DSC Okadigbo Edwin disclosed this to News men in Awka on Friday where equally assured that Ndi Anambra of tight security.

According to Anambra Boss, Comdt, Isidore Chukwudi Chikere, “Ahead of the forthcoming EID -EL KABIR celebration, the Nigeria Security and Civil Defence Corps, Anambra State Command wishes to inform members of the public that the command has emplaced all necessary measures to protect lives and properties with an elaborate Operation Order/Strategies to checkmate crime and criminalities during and after the EID-EL-KABIR period throughout the state”.

In this regard, “the State Commandant, Mr. Isidore Chukwudi Chikere has ordered the deployment of all operational resources and adequate security personnel drawn from Corps’ Counter Terrorism Unit, Anti Vandalism Squad, Agro Rangers Squad, Rapid Respond Squad, the Armed Squad , Special Female Squad as well as Disaster Management officers and Under-cover operatives to man and monitor key/vulnerable points with a view to ensuring watertight security across the state”.

“Personnel deployed for this assignment are under strict instruction of the State Commandant to be civil but firm and conduct themselves in the most professional manner in the discharge of their duties towards forestall any breach of peace particularly on public places of worship, residential areas, markets as well as sites of Critical Government/ Private Assets and Infrastructure”.

The statement further reads that “the Command urges all well – meaning members of the public to report any suspicious movement/ object noticed within their area to the nearest security formation as the Corps will collaborate with other sister security agencies and all critical stakeholders to ensure that the celebration is peaceful and hitch – free”.

Governor David Umahi of Ebonyi State has called Muslims in the country to use this period of Eid-el- Kabir to preach unity and peaceful coexistence. Umahi made the call when he received Muslim community on a Salah message at the Government House Abakalilki. The Governor who was represented by the Deputy Governor Dr Kelechi Igwe noted that the conduct of Muslims in the state has helped in promoting peace. “I want to thank you for the way you have supported our government since 2015 till date.

Each time the Muslim community is to pay us homage, we are always excited because it is always an opportunity to foster a closer relationship. The Governor encouraged them to remain supportive to government and lend their supports to Candidates of All Progressive Congress APC in the forthcoming elections. The Leader of the delegation, Alhaji Mustapha Ogah expressed satisfaction with the love and the support the Muslims have so far received from the State Government.

He assured that they will reciprocate by giving massive support to APC led Government during elections. Meanwhile, the Chief Imam of Abakaliki central mosque, Alhaji Labaran Muhammad has advised Nigerians to emulate the sacrificial lifestyle of Ibrahim in the Holy Quran by obeying the authorities. Alhaji Mohammed who spoke through his secretary, Mr. Usman Shuabu, said Nigerians should imbibe the culture of adherence to set rules while emphasizing the need for people to live a good life in the interest of peace and security as well as the development of the nation.

“This celebration is a feast of sacrifice, its symbolism is obedience and faith in God, when Ibrahim was instructed by God to use his son, Ismail for sacrifice, even though it took him a long time to have a son, he obeyed because he had faith in God. “What this symbolizes is that we should always obey our leaders, especially at this time of insecurity, if we obey our leaders and pay attention to what they are telling us, maybe we will have it a little bit better,” Yunusa asserted. He noted the celebration as one of the biggest festivals in Islam as it fulfills one of its five pillars, which is sacrificial giving.

“This month is a fruitful one to Muslims due to obedience and sacrifice, which is the high point of the feast.“ That expression of living together is part of the symbolism of the celebration, we must come together as a people,“ he added. The chief Imam hinted the relevance of obedience and sacrifice cannot be overemphasized as they formed the background for a good life. He said both Muslims and none should try as much as possible to live good lifestyles in obedience to rules and regulations, “if you live by the rules you will see that you don’t have much problem, for both Muslims and none.”