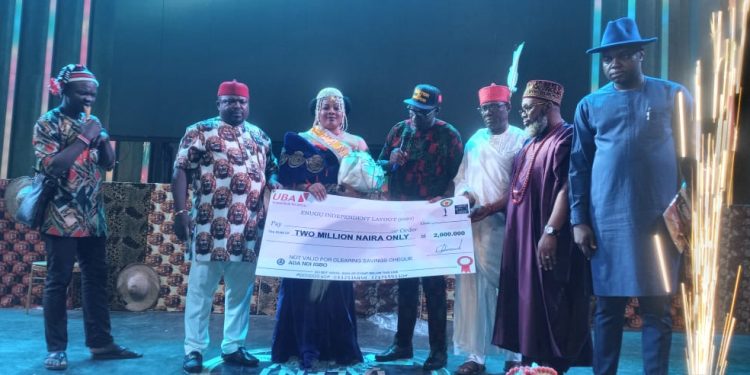 Its was a hallmark of rich cultural performances amidst splendour as twelve contestants battle for who will represent the 2022 “Miss Ada Igbo Girl” beauty pageant. 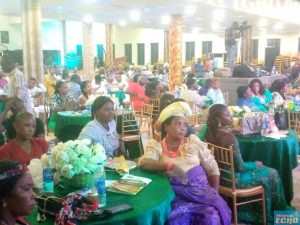 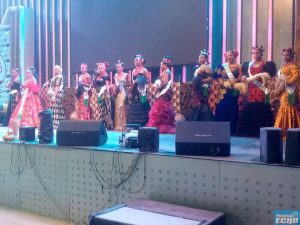 News Echo gathered that fifty contestants drawn from seven Igbo speaking states namely, Enugu, Ebonyi, Abia, Anambra Imo, Delta and Rivers participated in the competition. While twelve made it to the finalist.

News Echo reports that, Ada Igbo Beauty Pageant is an annual contest for Igbo young women organized by Hon.Chinedu Mba in the bid to promote our culture both in speaking, writing and cooking of our Igbo delicacies. The contest equally showcases Igbo young women who can speak, write and read Igbo language fluently in which the winners are determined by the number of votes collated to their names.

The event which was held during the weekend at the Stanel Event Centre, Awka had in attendance great sons and daughters in Igboland as well as cultural music displays and Igbo food delicacies served.

“We decided to start the pageant show from our women because they are the ones that care and nurture for our children. And also uphold the Igbo language by training young Igbo ladies who will be mothers tomorrow and be able to communicate to the younger Igbo sons and daughters”.

“If we don’t put hand together to teach these young generations believe me in the next ten years our cuture will be nowhere”.

Dr Mba however called on journalists to propagate the good news by writing reports in Igbo language.

Chairman of the occasion and APGA Candidate House of Representatives, Dunukofia, Njikoka and Anaocha federal constituency, come 2023, Hon. Pete Ibida, who was bestowed with an award as the best Igbo House of Assembly member while appreciating the organizers said “I am highly overwhelmed to be associated with this platform that takes pleasure in fostering the Igbo culture”.

He commended the contestants for their zeal and efforts towards the protection and advancement of the Igbo cause and urged them to keep on.

The President General of Ndigbo United Forum worldwide, Chief (Dr) Gabriel Ifeanyichukwu Iyoh, said that the event, besides helping to promote the people’s language and culture, will also help unite the Igbo states, especially as the hosting rites will be rotated among the participating states.

Commending, Anambra State Governor, Prof Charles Soludo represented by the state’s Commissioner for Culture, Entertainment and Tourism, Hon. Donatus Nduka Onyenji, urged the group to extend the evangelization to schools, churches and homes, to help permeate the gospel of promoting the language in the psyche of the people, adding that the Pageant show has created among the contestants the spirit of Dogeddness, accommodation and vision.

Advising younger generations on dying Igbo culture, Chief Panel of Judges, Professor Jo Ukamenam maintained that Igbo culture is a big massive industry where you can propagate the the rich culture heritage of the Igbo people.

He noted that there is need to educate the younger generations that it is not about fashion or eating local delicacies but it’s a philosophical basis by which our culture emerged and should be sustained.

The winner, Ujunwa Angela Aninneji while expressing happiness amidst tears of joy said, “I thank God for making it possible for me and the convener of the event. It’s been a tough one but today God made it possible. She promised to uphold the tenancy of Igbo cultre amd tradition as a symbol of honour and respect.

Meanwhile, the winner of the 2022 Ada Ndi Igbo cultural beauty pageantry was rewarded with the sum of two million naira (N2,000,000) and a brand new car.