Reports have it that the 30BG boss have suspended Isreal DMW

Nigerian singer Davido's aide, Isreal DMW, has cried out to well-meaning Nigerians to help save his job. 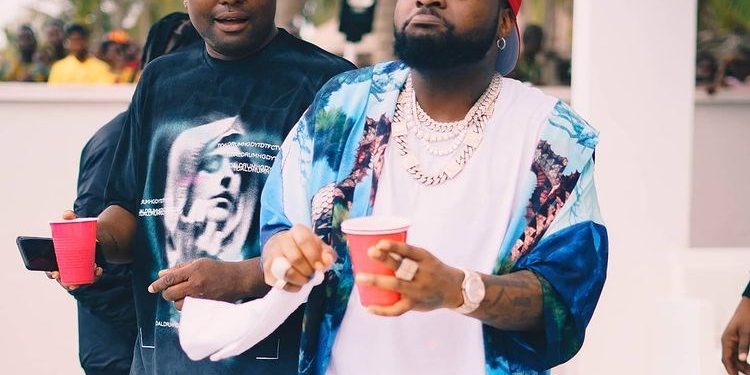 The aide of the music star is reported to have come under criticism after he openly declared support for embattled Deputy Commissioner of Police, Abba Kyari. The senior police officer has been accused of collecting bribes from Internet fraudster, Ramon Abbas also known as Hushpuppi.

After the FBI released documents implicating the celebrated officer, as one of Huspuppi’s co-conspirators, Israel took to Instagram to say that he stands with the Deputy Commissioner of Police no matter what.

His comments were said to have led to his alleged dismissal from DMW.

He appealed to Nigerians to help save his job [Instagram/israeldmw]

The Edo state-born aide of the music star took to his Instagram page on Monday, August 2, 2021, where he appealed to Nigerians to help save his job.

This is not the first time Isreal will be getting into trouble.

It would be recalled that in January, he took to Twitter, where he slammed billionaire heiress, DJ Cuppy over a rift she had with singer, Zlatan.

“Kudos to someone like Zlatan, who took a bold step, by flushing out a full fake friend like Cuppy, who was just using his head, all in his name of ‘my papa na Otedola.’

“Zlatan did a hit collabo with her, ordinary one kobo, e no see. She also took Zlatan to Abuja, for her fundraising, where she made billions of Naira, and didn’t even remember Z for one Kobo till tomorrow. No accommodation, no feeding. Zlatan had to even spend his own money at Transcorp Hilton, to [cater] for everyone including me. This na 2021 abeg.”

It didn’t take long before the billionaire heiress responded to Israel’s claims.

She also threatened to sue him for libel and defamation.

He later apologised to the music star and her family.

Boma is the second Head of House of the ‘Shine Ya Eye’ season.

Ebubeagu is a mirage- Prof Uzorma