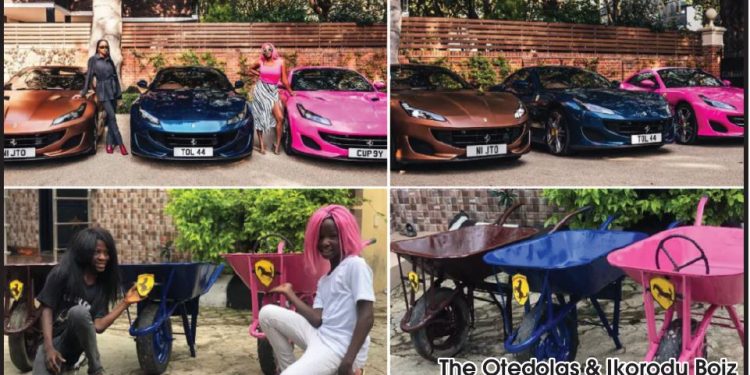 Popular comedy group, Ikorodu Boiz, have also joined thousands of Nigerians who reacted to the news of billionaire Femi Otedola’s expensive Ferrari gifts to his three daughters, DJ Cuppy, Tolani and Temi. In their usual fashion, the boys decided to recreate the celebratory posts shared by Cuppy and her sister on social media. The talented boys gave their popular wheelbarrows a complete transformation and also completed the process by attaching the official Ferrari logo to the carts. As if that was not enough, they also painted the wheelbarrows in the same colours as the Ferrari cars given to Cuppy and her sisters. The boys were spotted striking similar poses just like DJ Cuppy and Temi. Sharing the photos, the boys wrote: “Papa took us shopping and bought one of each!” Reacting to the photos, DJ Cuppy wrote: “No you did not.” Similarly, her sister, Temi simply wrote ‘yes’ accompanied with some love emoticons.

Tortoise and his crafty prowess