Ka3na blasts fan who tattooed her name on her body 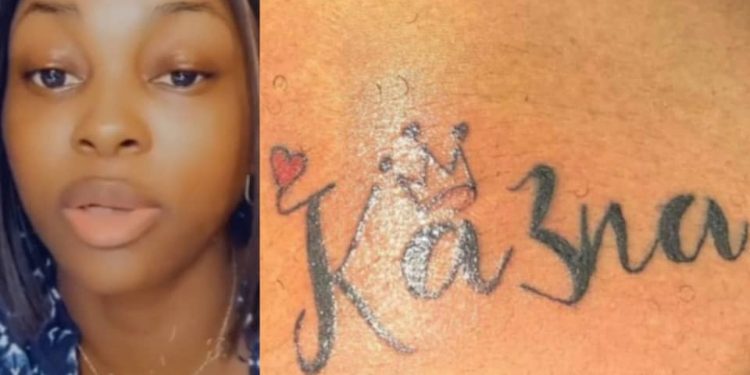 BBNaija Ka3na has taken to her Twitter page to respond to the backlashes she received following her response to the young girl that tattooed her name on her thigh. Ka3na came under heavy criticism after she told the fan that what she did is wrong.

According to her, there are other ways that a fan can show her love without having to do a permanent tattoo. Reacting to the backlash, Ka3na said she wanted to reach out to the lady at first but she changed her mind because the fan went against her instruction.

It was reported that after the reality star asked for the person that will tattoo their name on their body, she made a live video stating that she was just joking.
Ka3na stated that the young girl did not call her or send a message to inform her of the tattoo. The reality star stated that she found out about her action on blogs which was why she also decided to address her publicly.

Ka3na said the young girl was desperate for her to fake the video where she was reportedly rushed to the hospital for trying to kill herself. According to the mother of one, she started life at 16 and was never desperate. Ka3na said she won’t be blackmailed by her.

The boob job is not for you – Toke Makinwa tells men

Men love your wives, wives submit to your husbands

Men love your wives, wives submit to your husbands