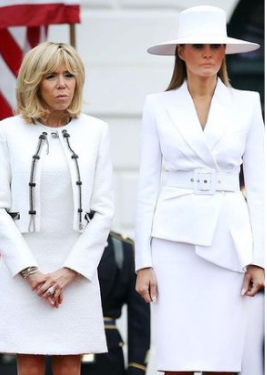 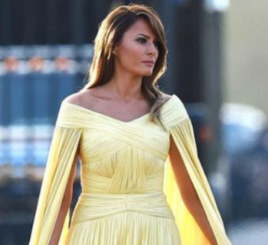 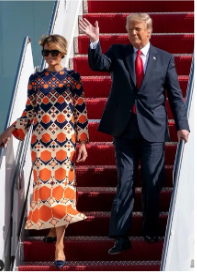 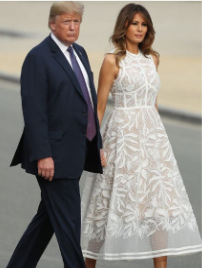 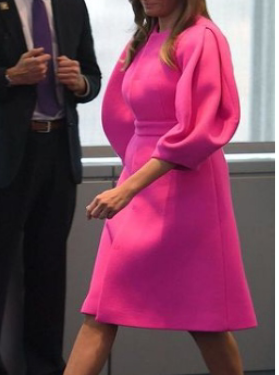 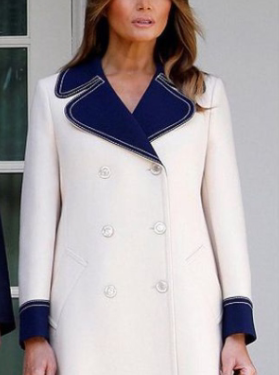 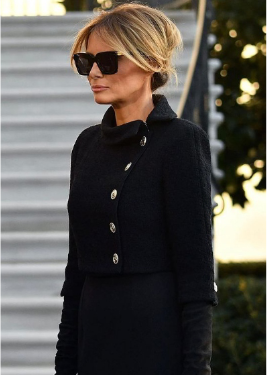 0
SHARES
65
VIEWS
Share on FacebookShare on TwitterShare on Linkedin

Americans witnessed a new dawn on Wednesday, January 20th, as ex-president Donald Trump left office after his four-year term and Joe Biden was sworn in as the 46th president of the United States of America. However, the ex-US president was not the only one who bid goodbye to the white house. Former first lady, Melania Trump, also stepped out of a place that has been home for her in the past four years. The couple were absent at the inauguration ceremony of Biden and Harris and as such, they didn’t quite make the news in regards to the fashion and style of the special day.

Interestingly, former first lady, Michelle Obama, managed to steal the show in a stylish burgundy piece that left members of the online community in complete awe. Even though Michelle may have stolen the show, this is not to say ex-first lady Melania did not rise to the occasion after she assumed office as FLOTUS. From the get-go, it became evident that Melania had carefully curated her political style to suit the role she’d be undergoing for the next four years. Melania was known to go for top designer brands, sharp silhouettes and eye-catching accessories, but during her time as the first lady, she opted for modest pieces and a lot of statement coats.

How to determine sexual compatibility without having sex