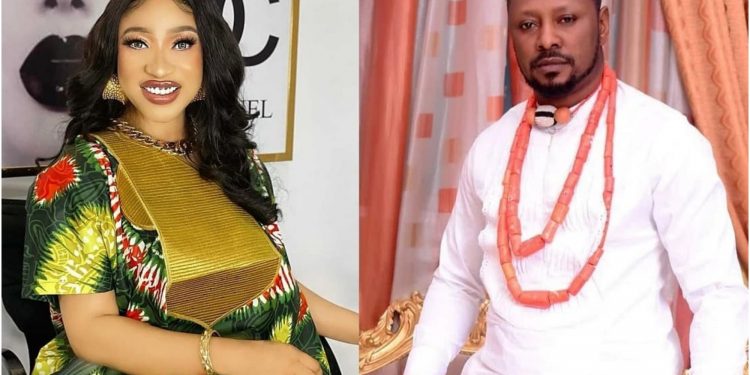 0
SHARES
65
VIEWS
Share on FacebookShare on TwitterShare on Linkedin

The actress, in a post via her Instagram account on Thursday, revealed that her ex- lover’s real name is Joseph Egbri and not Prince Kpokpogri as he claims.

She further revealed that he has many sex tapes of every woman he has slept with adding that celebrity dancer, Jane Mena who is currently married to her long time boyfriend is included.

“After listening to these leaked voice notes between Joseph Egbri( fake name Prince Kpokpogri) and Merit, I personally called off my relationship with the man I honestly loved.

“Now this is not enough for blackmail and lies but it’s all good. All we are asking is that you answer to the law for your illegal recording and release of my private moments, extortion, blackmail amongst other things illegal about you.

“Also, this may be a good time to say @Janemena this man has so much of your sex tapes both old and recent in his possession. And not just you, a lot of other married women, celebrities and single girls. If he hasn’t blackmailed any of you yet it’s just a matter of time.

“Joseph Egbri it will only be fair enough if you allow the law to operate and if these are made up allegations you have absolutely nothing to fear.

“You can’t be blackmailing me, bugging my phone and still be the one in trauma,” she wrote.

Recall that Kpokpogri had on Sunday claimed that the actress cheated in their relationship.

He alleged that their relationship, which lasted for three months, was a living hell and accused her of sleeping with someone else in Lagos.

He alleged that she begged for a second chance when she was caught. 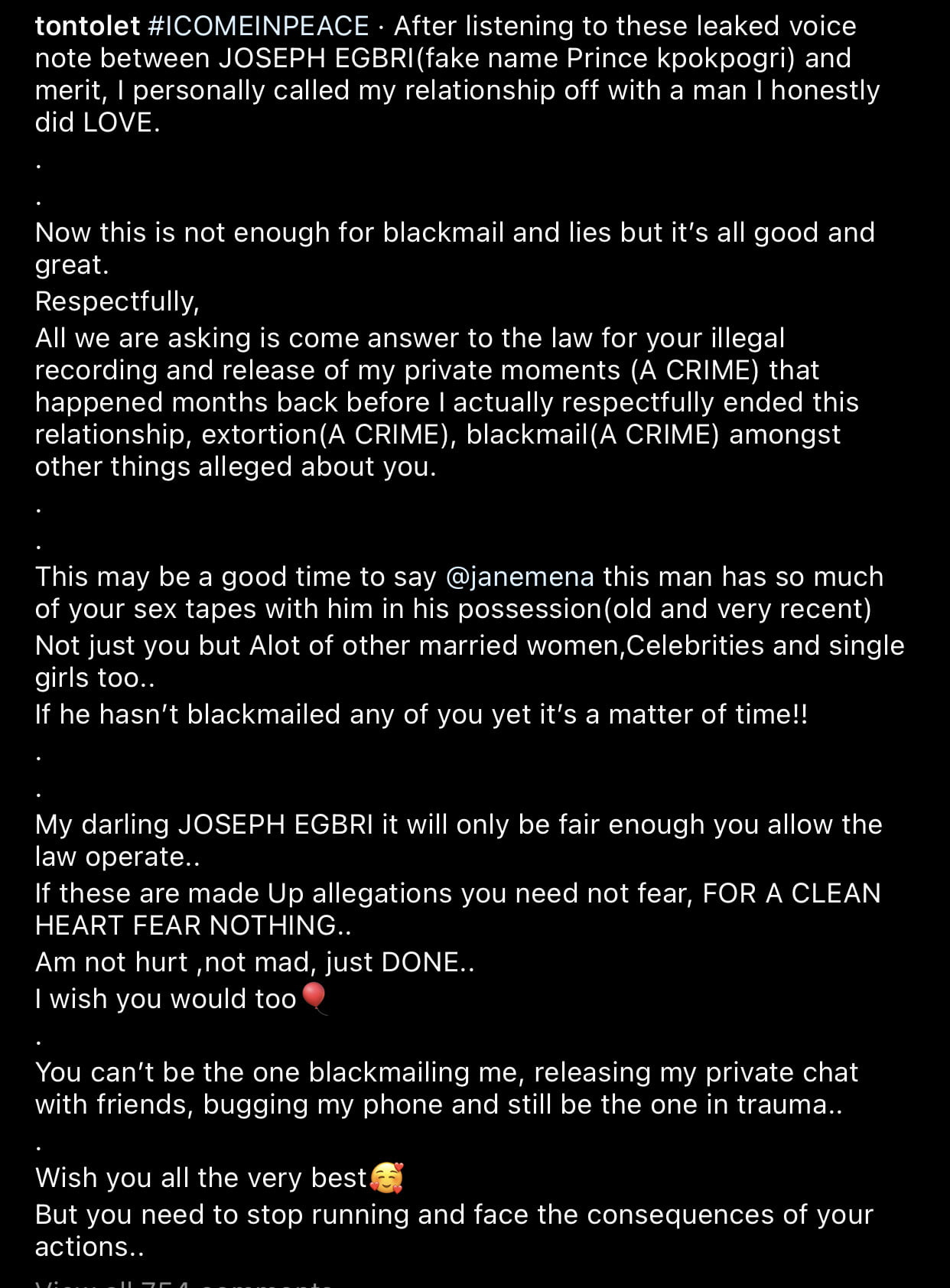