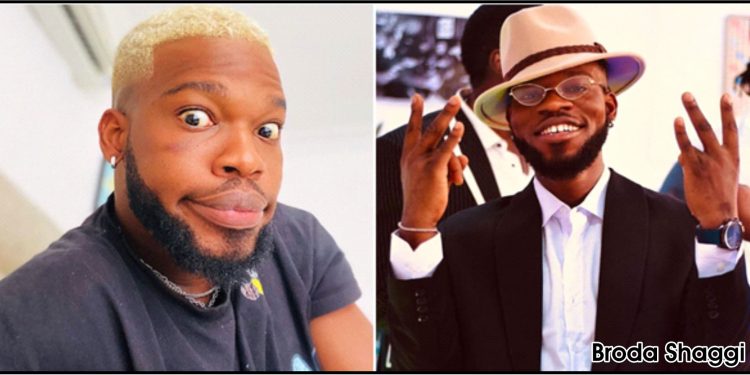 0
SHARES
88
VIEWS
Share on FacebookShare on TwitterShare on Linkedin

Popular Nigerian comedian Broda Shaggi has responded to a Twitter user called Irunnia who said that the comic actor isn’t funny. Shaggi, who is also known as fine boy agbero, took to his Twitter page to also react to the statement of Irunnia. A few days ago, Irunnia, who describes himself as a funny and controversial content creator, expressed how he feels about the comedian. According to him, Broda Shaggi is funny. The content creator stated that Shaggi’s skits are too long and unnecessary. Noting that he would do better as an actor, he advised the comedian to go into full time acting. Noting that he does not know how to use Twitter, Shaggi, in a joking manner said that he has been depressed for a few days. He stated that he wants to know what he did to the Twitter user that made him make such a statement about his skits. According to him, the Twitter user wants to scatter his source of livelihood as he feeds himself and family from the proceeds that he makes.